People will lose confidence if they don't get justice in time: Anisul 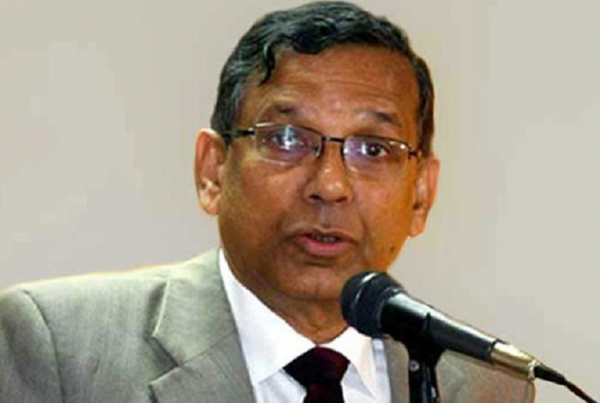 "People would lose confidence in the judiciary if they do not get justice in time", he said urging the lawyers not to apply for more time to reduce the complexity of the case.

He was speaking as the chief guest at a views exchange meeting with GPs (Government Pleaders) and PPs (Public Prosecutors) at the Bangabandhu International Conference Center in the capital, said a press release.

"The government of Prime Minister Sheikh Hasina has taken various steps to get out of the litigation and many more steps are going to be taken," he said.

"As part of this, steps have been taken to amend some sections of the Civil Procedure Code (CPC)," he said, adding, "There was not much development in technology when CPC was created, due to the development of technology, now I think the case procedures can make faster.

"The Security Act should be repealed, I do not support it. Addressing the lawyers, the law minister said, "You will first see whether there has been any case in any of the cases under the Digital Security Act. Then consider that," he added.

Secretary of the ministry M Golam Sarwar presided over the meeting where eight GPs and eight PPs from eight divisions of the country expressed their views on resolving the case.

GP-PP also emphasized to ensure timely presence of witnesses in court, appointment of more judges, increase in number of courts, timely issuance of summons and its receipt, amendment of some sections of civil procedure, timely attendance of police and doctors involved in cases, bars and benches.

They also made various recommendations including maintaining good relations.