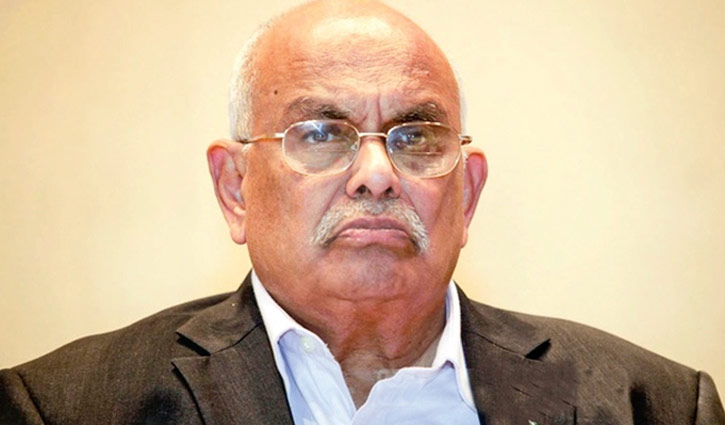 Special doa was offered for eternal peace of the departed soul, a Bangladesh high commission spokesperson from London told BSS over phone.

Later, Chowdhury's body was kept at the Shaheed Minar of historic Shaheed Altab Ali Park in East London to allow British-Bangladeshi community and other admirers to have their last glimpse of Chowdhury who was also a 1952 Language Movement veteran, a political analyst, writer and poet.

Bangladesh High Commissioner, officials and employees of the mission and members of British Bangladeshi community were also present there.

Chowdhury's coffin was covered with the national flag of Bangladesh on the occasion to show state honor to the celebrated son of Bengali nation.

Saida Muna Tasneem along with mission officials laid a wreath on his coffin.

The spokesperson said the Bangladesh mission in UK kept a close touch with Chowdhury's family as the plans for his burial and related rituals were underway.

The place of his burial will be determined soon while his body is likely to arrive in Dhaka next week (likely on May 27 or 28), he said.

Abdul Gaffar Chowdhury passed away on Thursday at a hospital in London at 88.