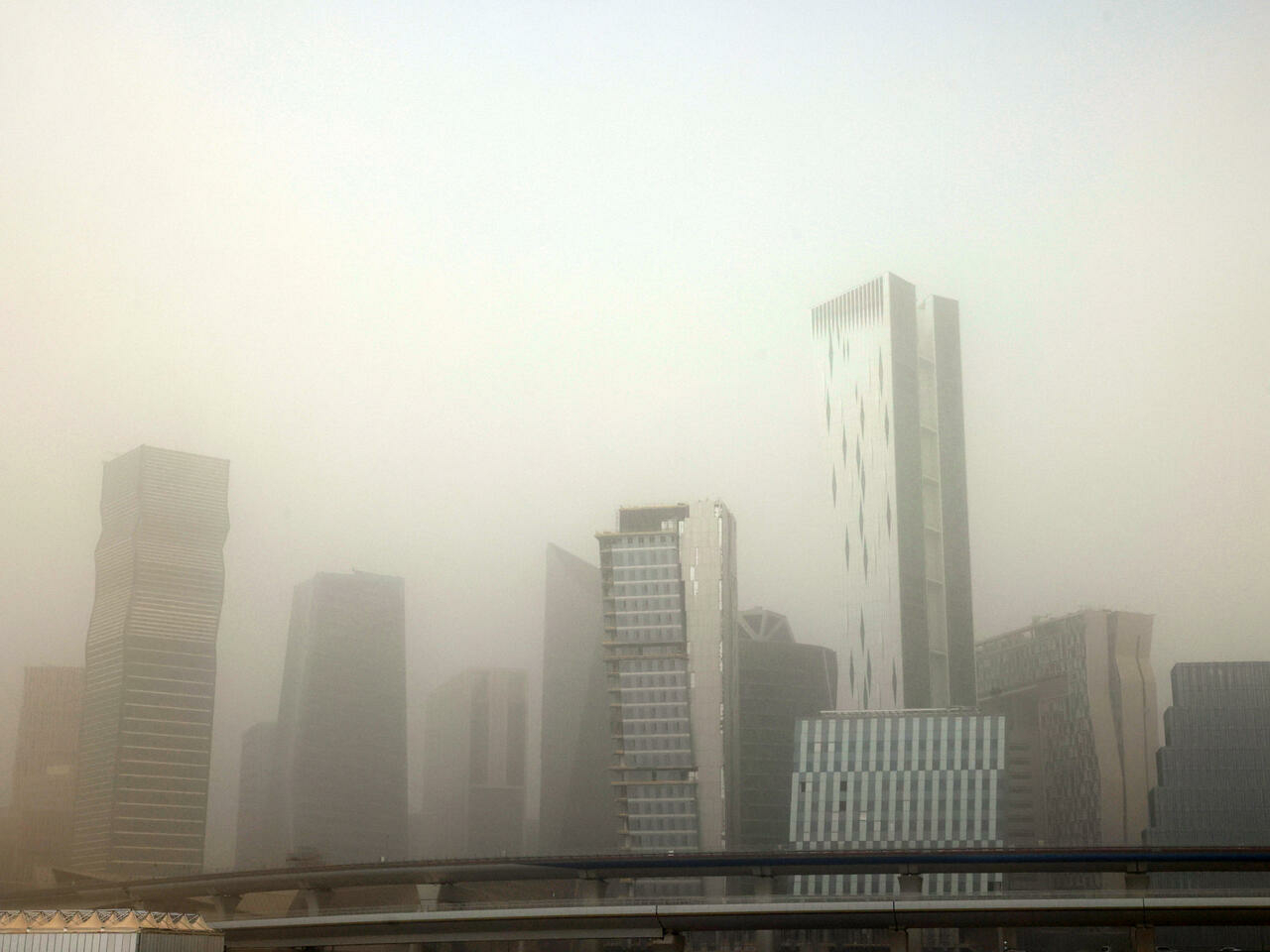 RIYADH, May 17, 2022 (BSS/AFP) - A sandstorm engulfed Saudi Arabia's capital
and other regions of the desert kingdom Tuesday, hampering visibility and
slowing road traffic.

A thick grey haze made iconic Riyadh buildings such as Kingdom Centre nearly
impossible to see from more than a few hundred metres (yards) away, though
there were no announced flight delays or cancellations.

The kingdom's meteorology centre forecast "surface dusty winds" in the
country's east and in Riyadh, "reducing horizontal sight", according to the
official Saudi Press Agency.

Dusty conditions were also expected farther west in the holy cities of Mecca
and Medina, according to the forecast.

Electronic signs along Riyadh's highways warned drivers to reduce their speed
because of the lower visibility.

In central Riyadh, sand layered cars and buildings, and residents struggled
to keep it out of their homes.

"Working outside is very difficult because of the dirt," a Pakistani
construction worker who gave his name as Kalimullah told AFP as he installed
tiles.

"I try to wash my face from time to time," the 30-year-old added, wrapping a
piece of cloth around his face to block the sand.

"Dust storms are part of our culture and we are used to it, but some of them
are severe," said Al-Otaibi, 39, rubbing his eyes as he hurried into his
office building.

Parts of Saudi Arabia typically see sandstorms between March and May, with
varying intensity. The frequency of the storms has increased in recent months
in the region.

In Iran on Tuesday, government offices and schools and universities were
closed in many provinces due to "unhealthy weather" and sandstorms, state
media reported.