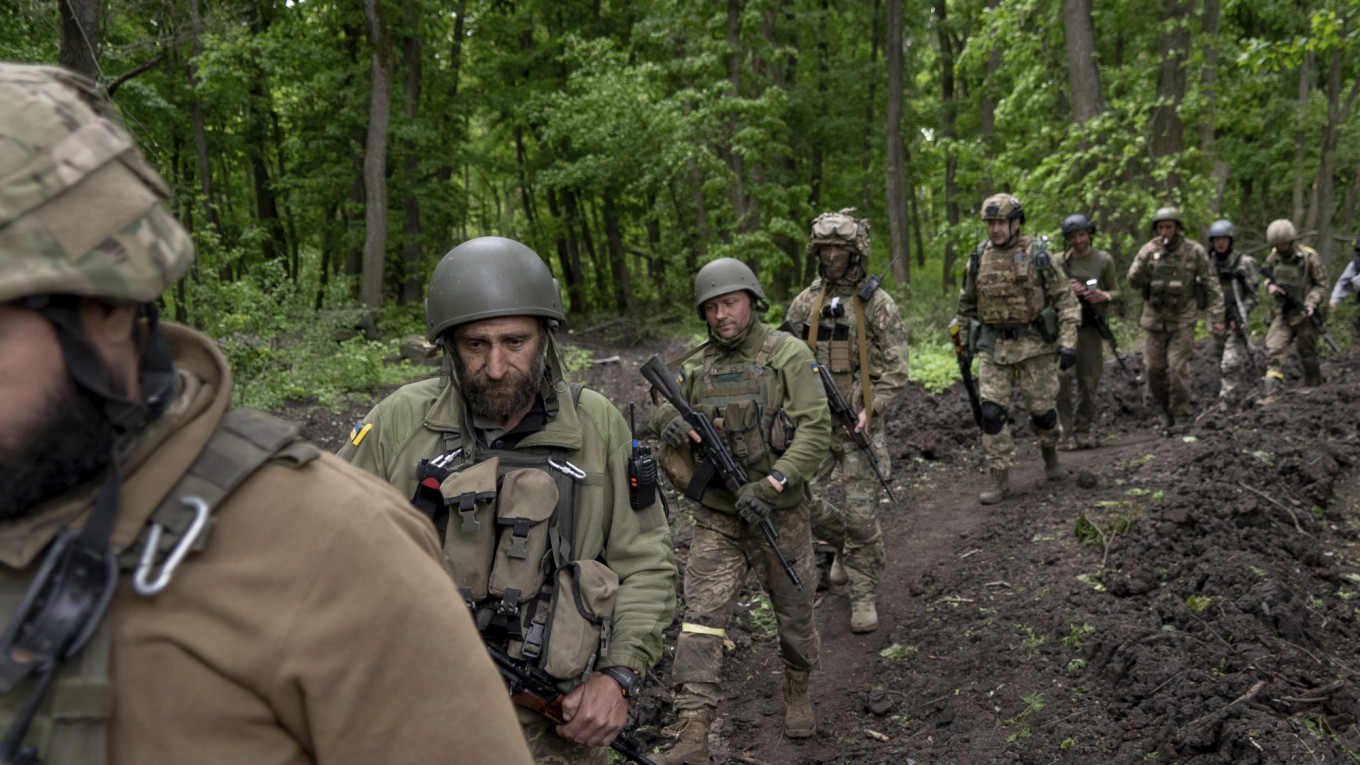 been evacuated from the besieged Azovstal steelworks -- the last holdout of
troops defending the southern port city of Mariupol -- Kyiv said on Monday.

The plant had become a symbol of resistance, with around 600 soldiers holed
up in underground tunnels and bunkers fighting a rear-guard battle to prevent
Russian troops taking full control of the strategically located city.

But on Monday Ukraine's Deputy Defence Minister Ganna Malyar said more than
260 had been moved through humanitarian corridors to areas under Moscow and
Russia-backed separatists' control.

"An exchange procedure will be carried out for their further return home,"
Malyar said.

The Ukrainian army said the soldiers in Mariupol had "performed their combat
task" and now the main goal was to "save the lives of personnel".

By holding the steelworks, they stopped Russian forces from rapidly capturing
the southern city of Zaporizhzhia, a statement on Facebook said.

Despite the resources of its giant neighbour, Ukraine has managed to repel
the Russian army for longer than many expected, fortified by weapons and cash
from Western allies.

The latest example of this came Monday, when Ukraine's defence ministry
announced its troops had regained control of territory on the Russian border
near the country's second-largest city of Kharkiv, which has been under
constant attack.

Since failing to take Kyiv in the early weeks of the war, Moscow has switched
its focus to Donbas, a region near the Russian border that is home to pro-
Russian separatists.

Its occupation would grant the Kremlin de facto control of Lugansk, one of
two regions -- along with Donetsk -- that comprise Donbas.

But Russia's attempt to encircle the city of 100,000 has been repelled with
heavy equipment losses, while Russian-occupied railway bridges were blown up,
Ukrainian officials said.

A further 10 people were killed by Russian strikes on Severodonetsk,
according to the local governor.

Police in neighbouring Donetsk said six civilians were killed and 12 wounded
in Russian shelling over the past 24 hours.

Six million refugees have fled Ukraine since the war began, and another eight
million have been internally displaced, according to UN agencies.

With Moscow showing no sign of relenting nearly three months into its
invasion, Finland and Sweden are poised to give up decades of military non-
alignment by joining the NATO military alliance.

Swedish Prime Minister Magdalena Andersson confirmed on Monday her country
would apply to join the alliance, a day after Finland -- which shares a
1,300-kilometre (800-mile) border with Russia -- said the same.

Russian President Vladimir Putin said the move poses "no direct threat for
us... but the expansion of military infrastructure to these territories will
certainly provoke our response."

The move is not a done deal in any case, with Turkish President Recep Tayyip
Erdogan on Monday confirming his country's intention to block the
applications, accusing Finland and Sweden of harbouring terror groups,
including outlawed Kurdish militants.

Sweden and Finland have failed to respond positively to Turkey's 33
extradition requests over the past five years, justice ministry sources told
the official Anadolu news agency on Monday.

Any membership bid must be unanimously approved by NATO's 30 nations.

But US Secretary of State Antony Blinken voiced confidence Sunday that Sweden
and Finland would join NATO despite Turkey's opposition.

Turkish Foreign Minister Mevlut Cavusoglu will meet Blinken in Washington on
Wednesday, where Ankara's objections are expected to figure high on the
agenda.

Meanwhile EU foreign ministers met in Brussels to discuss a ban on Russian
oil -- proposed as part of an unprecedented economic sanctions on Moscow but
being blocked by Hungary over the economic cost.

"We are unhappy with the fact that the oil embargo is not there," Ukraine's
top diplomat Dmytro Kuleba said afterwards.

"It's clear who's holding up the issue. But time is running out because every
day Russia keeps making money and investing this money into the war."

The war meanwhile is taking its toll on the continent's growth. The European
Commission sharply cut its eurozone forecast for 2022 to 2.7 percent, blaming
skyrocketing energy prices.

Separately, French automaker Renault has handed over its Russian assets to
Moscow, while US fast food giant McDonald's announced it would be pulling
out, citing the "humanitarian crisis caused by the war."