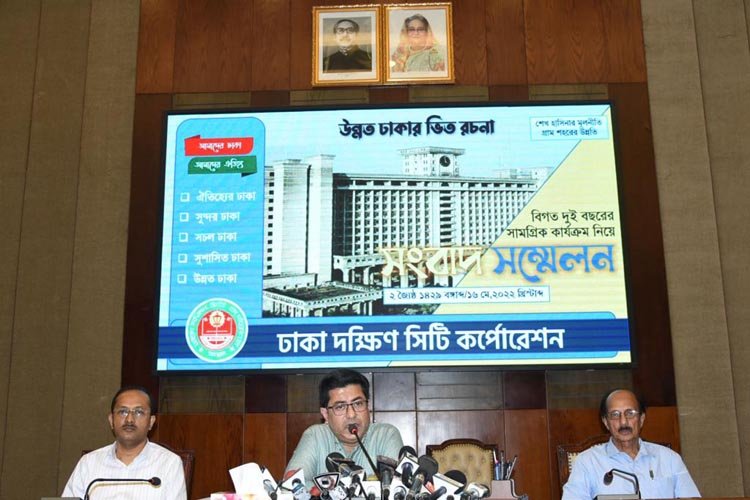 DHAKA, May 16, 2022 (BSS) - Dhaka South City Corporation (DSCC) Mayor Barrister Fazle Noor Taposh said this year the rainwater would be drained within half an hour.

"The people of Dhaka would not be bothered by waterlogging anymore... Hopefully, this year the rainwater would be drained within half an hour," he said.

He said this at a press conference marking the completion of two years as the mayor of Nagar Bhaban, said a press release.

"Dhaka residents did not have to suffer from waterlogging last year due to removal of waste and silt from canals and box culverts," he said.

"Even though it is raining heavily, the rain water has been drained out within 1 hour now...Now, we hope that the rain water would be drained within 30 minutes this year," he said.

"DSCC would be one of the number one in the list of corruption free institutions in the country," he added.

Regarding road digging, he said, "We have been able to reduce uncontrolled road digging to a great extent," said Taposh.

"Many have asked permission to dig the road, but we did not allow to dig anywhere before the rains" he added.