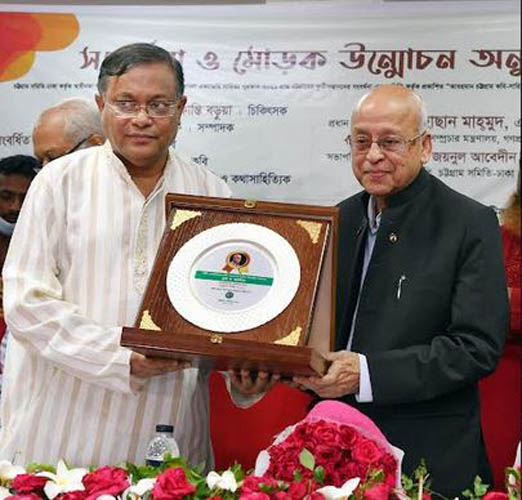 Paying respect to the eminent personalities, Hasan Mahmud said if noble works of distinguished personalities are honored, all get inspired to do good works.

He requested the association to arrange traditional Boli Khela in Dhaka as heritage of Chattogram is a big glory of this district.