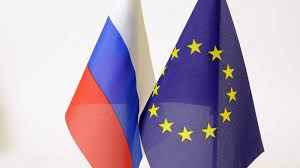 MOSCOW, Jan 29, 2022 (BSS/AFP) - Russia said Friday it was adding a number of EU officials to a list of people banned from entering the country in what it said was a reciprocal penalty, at a time of heightened tensions between Brussels and Moscow over the Ukraine conflict.

"Guided by the principle of reciprocity and parity, the Russian side decided to expand a list of representatives of EU member states and institutions who are prohibited from entering Russia," the foreign ministry said in a statement.