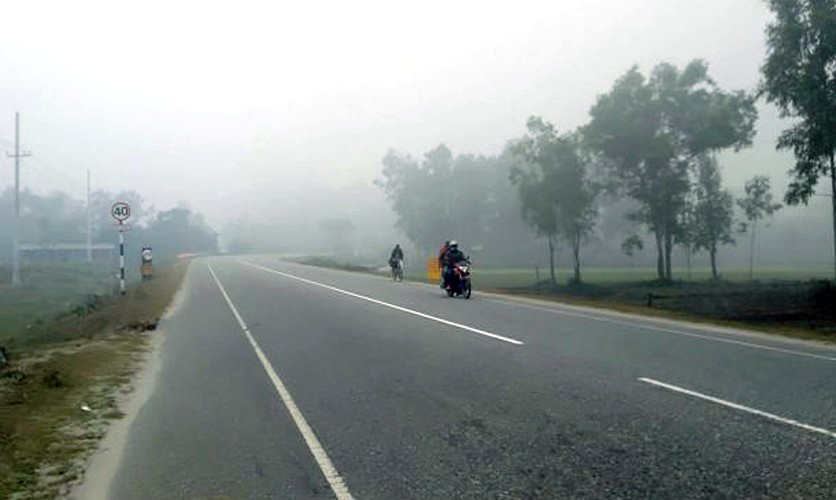 RANGPUR, Jan 28, 2022 (BSS) - The lowest temperature of the country dropped to 6.1 degrees Celsius at the Rajarhat in Kurigram today exposing the poor, elderly people and children to intense miseries.

The Met Office sources said the mercury levels sharply dropped in the northern region in the last 24 hours ending at 9 am forcing common people to remain indoors since the morning.

The country's lowest temperature of 6.1 degrees Celsius was recorded at Rajarhat monitoring point at 6 am today.

However, the situation marked a little improvement with the appearance of the sun this noon though the normal life remained severely affected till 11 am.

"We have adequate stock of medicines in the hospitals and other health facilities and special steps were taken at the government-run health facilities to treat cold-related patients, including babies and children," he added.

Officials at hospitals, upazila health complexes and community clinics said the number of patients with cough, fever; asthma and other cold- related diseases continued increasing today like in the previous few days.

"The government has sanctioned adequate blankets for distribution among the cold-affected people of Nilphamari, Rangpur, Kurigram, Gaibandha, Lalmonirhat, Dinajpur, Thakurgaon and Panchagarh districts in Rangpur division," he added.

Besides, the government has allocated money for all eight districts in the division to purchase warm clothes and distribute those among cold-hit people.

Meanwhile, different voluntary, professional, socio-cultural and charitable organizations, trade bodies and other institutions are extending their hands in distributing warm clothes among the cold-stricken people to mitigate their sufferings.