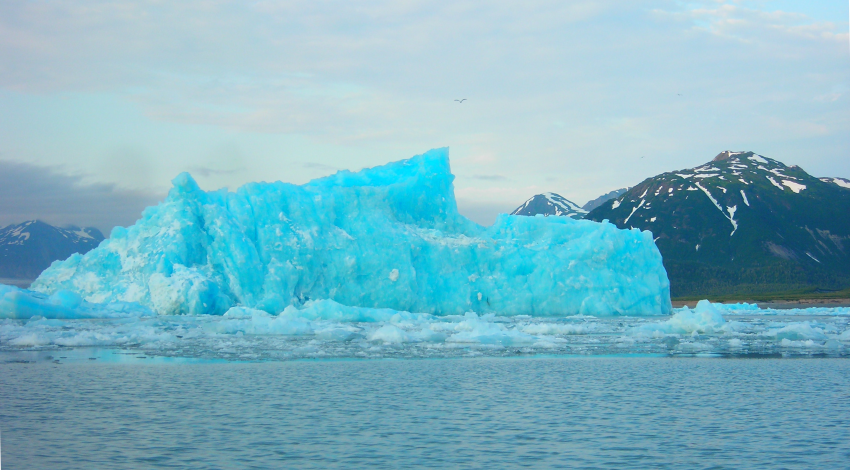 GENEVA, Jan 27, 2022 (BSS/AFP) - Glaciers are retreating faster globally
due to climate change but they melt more quickly when they flow into a lake
than when they end on land, with consequences for water supplies, a new study
found on Thursday.

The Swiss-funded study is the first large-scale, detailed analysis of the
phenomenon in mountain glaciers and could help forecast major water shortages
and huge flood waves.

It examined all 319 glaciers in the eastern and central Himalayas with a
surface area of more than three square kilometres (1.2 square miles) --
crucial ice reserves that feed major rivers like the Ganges and Brahmaputra,
and supply water to half a billion people.

As rising temperatures cause the leading edge -- the tongue -- of a
glacier to melt, the retreating ice leaves behind deposits of rock debris.

These "terminal moraines" form a natural barrier. Melt water from the
glacier may then accumulate in the depression behind the dam, eventually
forming a new lake.

If the tongue of the glacier extends into this lake, the ice flows twice
as fast on average and it therefore melts faster too, according to the study
financed by the Swiss National Science Foundation.

The researchers used European Sentinel-2 satellites, flying over the area
every five days in 2017-2019, to track how quickly debris trapped in the
surface of the glaciers moved down the valley.

"The findings were clear: glaciers that flowed into a lake moved on
average almost 20 metres per year; in other words, more than twice as fast as
those that terminated on land," they said in a statement.

One possible reason for this acceleration is that the tongue of the
glacier is buoyed up in the water and therefore has less resistance to
overcome.

Scientists already knew that glaciers move faster when they flow into the
sea or a lake, but this study is the first time the phenomenon has been
examined in detail, and on a large scale, in mountain glaciers.

It found that lakes formed in 20 percent of all the Himalayan glaciers
analysed, with important consequences for human and natural populations in
the catchment areas.

If glaciers flow more rapidly, the water reserves stored in the ice will
also be exhausted more rapidly and rivers will receive less water, the study
explained.

"Until now, the accelerating effect of glacial lakes has not been taken
into account in predictions," said lead researcher Tobias Bolch of the
University of Saint Andrews in Scotland.

"So water shortages in the affected regions of Asia could occur sooner
than expected."

The findings can also be used to calculate more accurately how quickly
glacial lakes will fill up and thus when there is a risk of the terminal
moraine dam being breached, resulting in a huge flood wave.