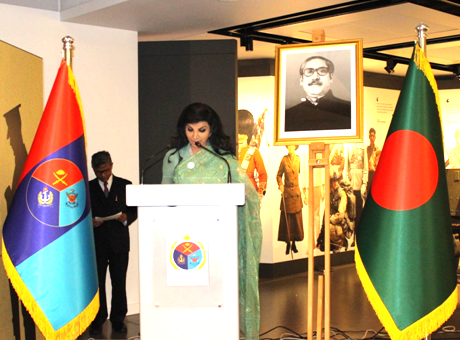 She made the remark while hosting the 50th Armed Forces Day reception at the National Army Museum in London on Monday , according to a message received here today.

The High Commission expressed hope to strengthen multi-dimensional cooperation in defence including implementation of the Bangladesh Forces Goal 2030.

She said Father of the Nation Bangabandhu Sheikh Mujibur Rahman began moderning the Bangladesh’s Armed Forces immediately after the Liberation War while under the visionary leadership of Prime Minister Sheikh Hasina, Bangladesh Armed Forces have become modern, capable and efficient.

Defence Adviser at the Bangladesh High Commission in London, Brig Gen Mohammad Mahbubur Rashid said the defence relations between Bangladesh and the UK are very close, and it will be deeper and stronger in the future.