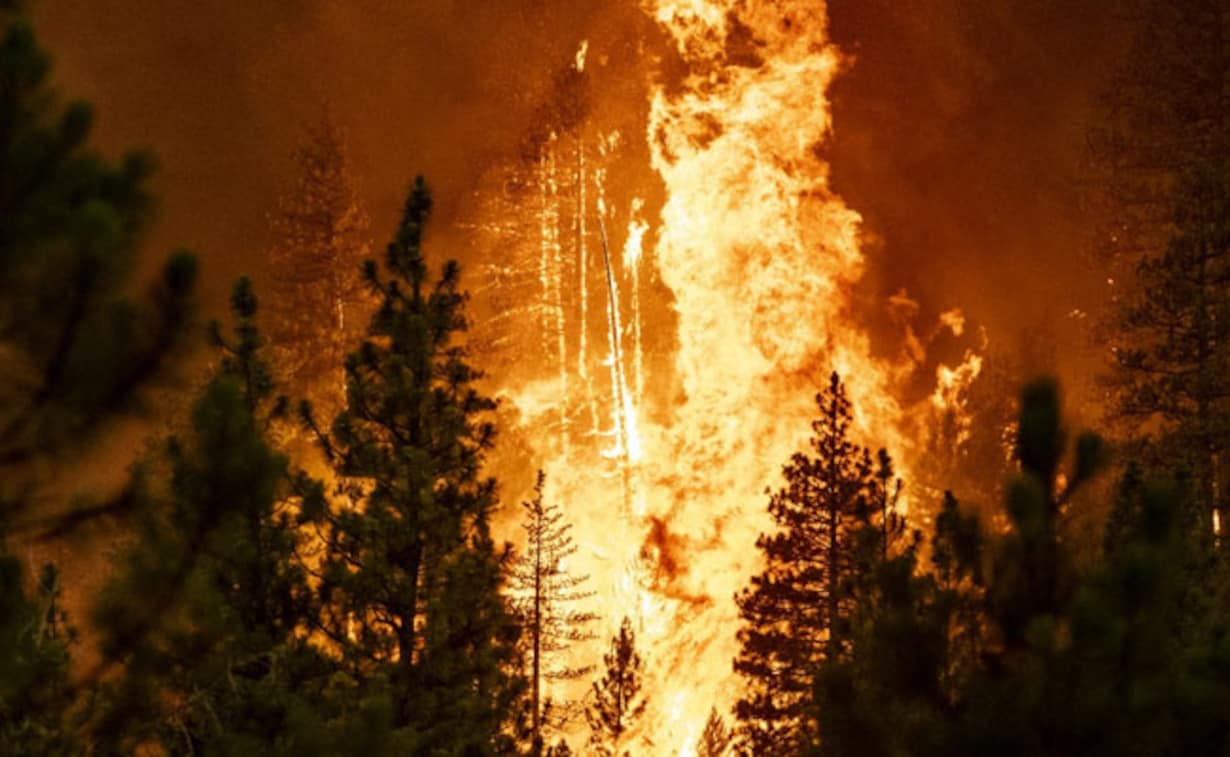 LOS ANGELES, Nov 20, 2021 (BSS/AFP) - Wildfires that tore through
California's forests this year killed thousands of giant sequoia trees,
officials said Friday in the first full-scale assessment of the toll on the
rare species.

Two huge lightning-sparked blazes burned up to 3,600 of the trees, each of
them more than four feet (120 centimeters) in diameter, leaving them dead or
expected to die within the next five years.

The figure represents five percent of the planet's entire reserve of the
trees -- the largest species by volume in the world -- and comes after up to
14 percent of them were wiped out by fires a year earlier.

"The sobering reality is that we have seen another huge loss within a
finite population of these iconic trees that are irreplaceable in many
lifetimes," said Sequoia and Kings Canyon National Parks Superintendent Clay
Jordan.

California and other parts of the western United States were ravaged by
huge, hot and fast-moving wildfires this year, driven by years of drought and
a warming climate.

Scientists say human activity, including the unchecked burning of fossil
fuels, is a major contributor to this planetary heating.

Images of General Sherman -- the world's largest tree -- being wrapped in
foil by firefighters to protect it from flames spread around the world.

The tree, which looms 275 feet (83 meters) above the forest floor, was
unscathed.

The imposing giants are well adapted to fires, with thick bark that
protects them from heat.

In their lifetimes, which are measured in thousands of years, they
typically endure lots of blazes, the heat from which helps their cones to
open, allowing the seeds to disperse.

But longer, hotter and more aggressive fires can damage them, sometimes
irreparably.

Two major fires this year tore through 27 groves of the trees, which are
only found in the Sierra Nevada mountains.

Forest officials say the intensity of some of these blazes was worrying.

"Regeneration failures could potentially occur if the cones and/or seeds
were incinerated... seeds did not survive the smoldering fire, or seeds
(were) washed away due to surface erosion."

The report noted, however, that this year's fire season was not all bad
news, with previous "prescribed burns" having had their intended effect in
reducing the amount of fuel available to uncontrolled blazes.

Some forestry experts say decades of zero tolerance of fires has left
California's woodland packed with potential fuel that became like a huge
tinder box as it dried out in the historic drought.

They say allowing some fires to burn this excess vegetation, or
deliberately setting blazes in a controlled manner, helps to reduce the
intensity and destructiveness of the fires.