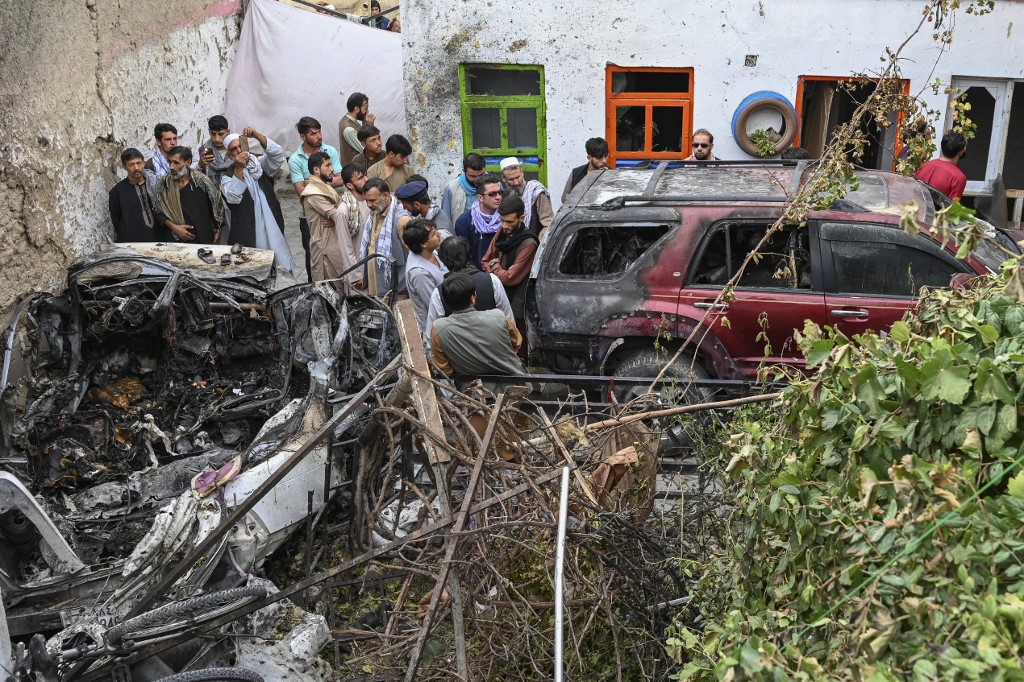 offered to pay unspecified compensation to relatives of 10 people in
Afghanistan including seven children who were killed by mistake in a US drone
strike as American forces were completing their withdrawal.

In a statement the Pentagon also said it was working with the State
Department to relocate to the United States any of those relatives who wish
to leave Taliban-ruled Afghanistan.

The offer to pay these people was made Thursday in a meeting between Colin
Kahl, the under secretary of defense for policy, and Steven Kwon, the founder
and president of an aid group active in Afghanistan called Nutrition and
Education International, the Pentagon said in a statement.

That organization employed Ezmarai Ahmadi, who was wrongly identified as
an Islamic State militant by US intelligence on August 29 during the final
days of the chaotic US evacuation from Kabul.

US intelligence tracked his white Toyota for eight hours before targeting
the car with a missile, killing seven children and three adults, including
Ahmadi.

US Central Command commander General Kenneth McKenzie said at the time
that American intelligence had seen the vehicle at a site in Kabul that had
been identified as a location from which IS operatives were believed to be
preparing attacks on the Kabul airport.

Three days earlier an Islamic State-Khorasan suicide bomber had killed
scores at the airport, including 13 US service members.

But last month US officials conceded the drone attack was an error.

In the meeting Thursday "Dr. Kahl noted that the strike was a tragic
mistake and that Mr. Ezmarai Ahmadi and others who were killed were innocent
victims who bore no blame and were not affiliated with ISIS-K or threats to
US forces," said a statement attributed to Defense Department spokesman John
Kirby.

"Dr. Kahl reiterated Secretary of Defense Lloyd Austin's commitment to the
families, including offering ex gratia condolence payments," he added without
saying how much money was offered.

Last month relatives of the people killed in the attack demanded
compensation and a face to face apology.

Austin has apologized for the botched attack. However, Ahmadi's 22-year-
old nephew Farshad Haidari said that was not enough.

"They must come here and apologize to us face-to-face," he told AFP in a
bombed-out, modest house in Kwaja Burga, a densely populated neighborhood in
Kabul.

Haidari, whose brother Naser and young cousins also died in the blast,
said on September 18 that the US had made no direct contact with the family.

In the meeting Thursday NEI chief Kwon spoke of how Ahmadi worked with
that aid organization "over many years, providing care and lifesaving
assistance for people facing high mortality rates in Afghanistan."