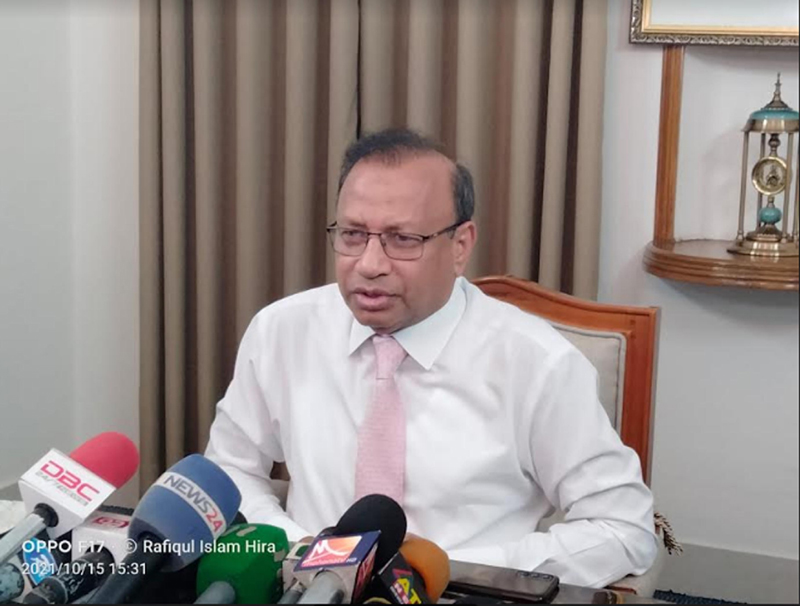 “…Today, a vested quarter is hatching conspiracies to destroy (communal) harmony and hinder the development of the country. All public representatives must be vigilant to deal with these conspiracies,” he said.

He made the call while talking to the reporters on the recent incident at a Puja Mandap in Cumilla at his official residence on Mintu Road in the capital.

He said stern actions will be taken against those who committed the heinous crime at Nanua Dighi in Cumilla with an ill political motive.

The minister added that Father of Nation Bangabandhu Sheikh Mujibur Rahman made the country independent so that people of all religions could live together.

Despite being a Muslim-majority country, Bangabandhu had ensured the rights of the people of all religions, he said.