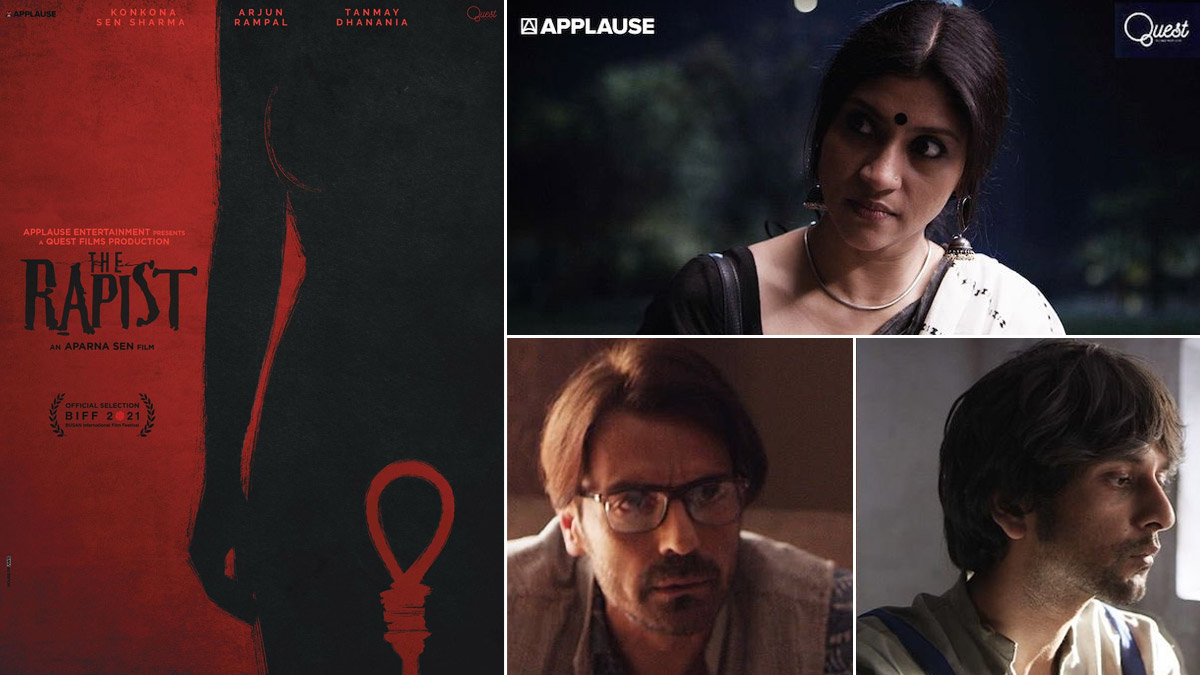 The film, produced by Applause Entertainment in association with Quest Films Pvt. Ltd, is part of the 'A Window on Asian Cinema' section of the festival and is nominated for the prestigious Kim Jiseok Award.

"The Rapist" chronicles the journey of three protagonists and how their lives get entwined because of one horrific incident.

According to the makers, the film aims to look beyond the obvious crime, to "explore not only how it affects the survivors and perpetrators of the crime, but also delves into how one's idealistic views are drastically altered when the truth hits uncomfortably close to home."

Sen said apart from trying to explore the inequalities in the social system responsible for giving rise to criminals, what drew her to the story was the "psychology of the three protagonists."

"Stripping off the layers and the carefully built up facades to get at the person underneath was a fascinating process. Fascinating too was getting the two Indias to come face to face - the India that lives in urban slums with its age-old beliefs, and educated urbane India with its 'progressive' value systems," the director said in a statement.

Sameer Nair, CEO of Applause Entertainment said collaborating with the "Mr. And Mrs. Iyer" helmer for the project was exciting.

"The enthusiasm has only doubled up with a nomination for the Kim Jiseok Award, and a world premiere at the Busan International Film Festival (BIFF), the most celebrated film festival in all of Asia. We're happy to have partnered with Quest Films and are confident that Aparna's unique brand of storytelling, especially of complex themes plaguing our society, will resonate with the world audience at large," Nair said.

Suchhanda Chatterjee and Shubha Shetty of Quest Films Pvt. Ltd. said they decided to come on board as producers the moment they heard its "deeply impactful" story.
"'The Rapist' is a reflection of the fault lines in society and it raises a few pertinent questions. We are grateful that Applause Entertainment trusted us and chose to come on board. We are delighted that our film is premiering at the Busan International Film Festival for the world to watch," the statement read.

Bangladeshi filmmaker Mostofa Sarwar Farooki is also nominated for the Kim Jiseok Award  for his latest feature, "No Land's Man" starring Nawazuddin Siddiqui. The drama, which deals with discrimination and hate crimes based on race, religion, and nationality, has music by AR Rahman.

BIFF is scheduled to take place from October 6 to 15 this year.