Taliban prepare for government as fighting rages in Panjshir 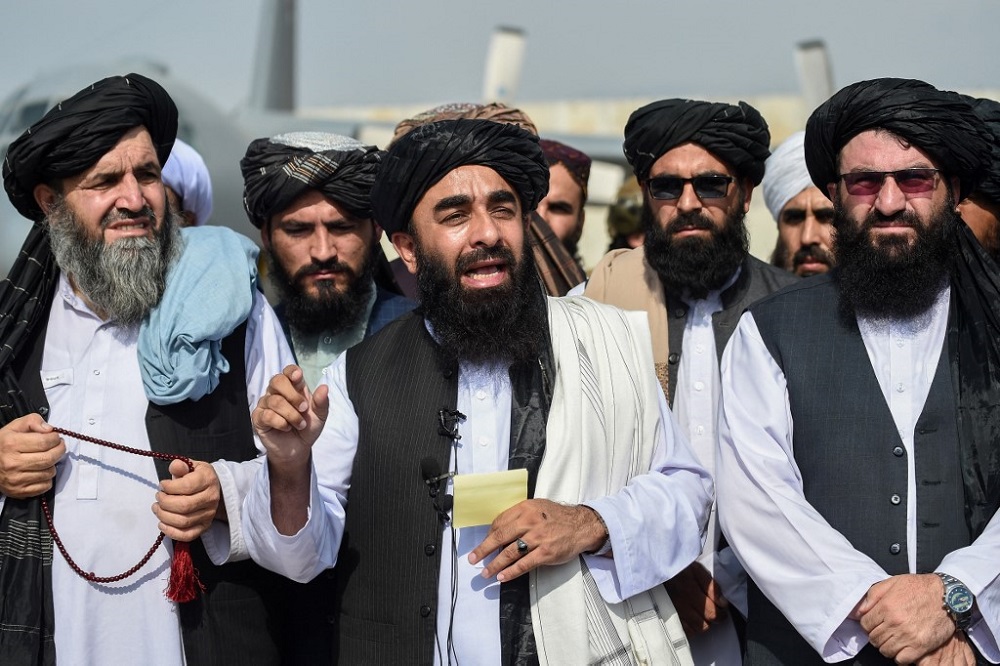 KABUL, Sept 4, 2021 (BSS/AFP) - The Taliban are due to form a government within days despite fighting in Afghanistan's Panjshir Valley where forces battling the hardline Islamists say they are enduring "heavy" assaults.

The Islamists face the enormous challenge of shifting gears from insurgent group to governing power, days after the United States fully withdrew its troops and ended two decades of war.

But they are still battling to extinguish the last flame of resistance in the Panjshir Valley, which held out for a decade against the Soviet Union's occupation and also the Taliban's first rule from 1996-2001.

Late Friday, celebratory gunfire rang out across Kabul as rumours spread the valley had fallen, but the Taliban made no official claim and a resident told AFP by phone the reports were false.

Fighters from the National Resistance Front -- made up of anti-Taliban militia and former Afghan security forces -- are understood to have significant weapon stockpiles in the valley, which lies around 80 kilometres (50 miles) north of Kabul.

Earlier Friday, Ali Maisam Nazary, a spokesman for the Panjshir resistance, who is understood to be outside the valley but in close contact with key leader Ahmad Massoud, said the fighting was "heavy" and that Massoud was "busy defending the valley".

Taliban and resistance tweets suggested the key district of Paryan had been taken and lost again, but that could also not be independently verified.

While the West has adopted a wait-and-see approach to the group, there were some signs of engagement with the new leaders gathering pace.

US Secretary of State Antony Blinken is due on Sunday to head to Qatar, a key hub for the Afghan evacuation and the location of the Taliban's political office, though he was not expected to meet with the militants.

He will then travel to Germany to lead a virtual 20-nation ministerial meeting on Afghanistan alongside German Foreign Minister Heiko Maas.

UN Secretary-General Antonio Guterreres was also to convene a high-level meeting on Afghanistan in Geneva on September 13 to focus on humanitarian assistance for the country.

The United Nations has already restarted humanitarian flights to parts of the country, while the country's flag carrier Ariana Afghan Airlines resumed domestic flights on Friday and the United Arab Emirates sent a plane carrying "urgent medical and food aid".

Western Union and Moneygram, meanwhile, said they were restarting money transfers, which many Afghans rely on from relatives abroad to survive, and Qatar said it was working to reopen the airport in Kabul -- a lifeline for aid.

China confirmed it will keep its embassy in Kabul open.

"We hope the Taliban will establish an open and inclusive political structure, pursue moderate and stable domestic and foreign policy and make a clean break with all terrorist groups," foreign ministry spokesman Wang Wenbin said.

Even before the Taliban's lightning offensive, Afghanistan was heavily aid-dependent -- with 40 percent of the country's GDP drawn from foreign funding.

The UN has warned 18 million people are facing a humanitarian disaster, and another 18 million could quickly join them.

The new rulers have pledged to be more accommodating than during their first stint in power, which also came after years of conflict -- first the Soviet invasion of 1979, and then a bloody civil war.

That regime was notorious for its brutal interpretation of Islamic law, and its treatment of women, who were forced inside, deprived of access to school and work and denied freedom of movement.

This time round, the Taliban have made repeated declarations that they will not carry out revenge attacks on opponents and that women will have access to education and some employment.

They have promised a more "inclusive" government that represents Afghanistan's complex ethnic makeup -- though women are unlikely to be included at the top levels.

In Kabul, some 30 women took to the streets to demand the right to work and inclusion in the government -- a day after several dozen women held a similar protest in the western city of Herat.

But there were signs of normality in Kabul on Friday, where a near-full house turned out to watch Afghanistan's top cricketers play in a trial match, with Taliban and Afghan flags waving side by side in what witnesses described as a show of national unity.