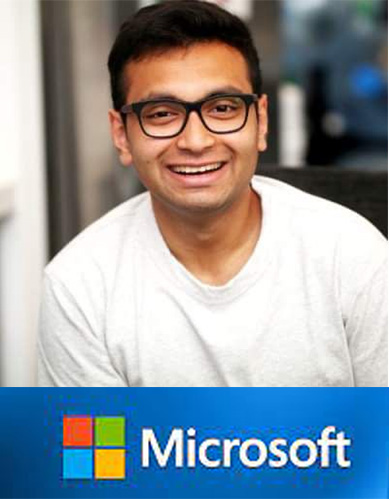 DHAKA, Sept 3, 2021 (BSS) - An expatriate young Bangladeshi software engineer has come forward to help unprivileged children around the world as he is working on developing a portal in this regard by using software.

Mohaimen Khan, who now works in tech giant Microsoft in Canadian city of Vancouver, is currently engaged in building solutions for developing a portal where mentors can sign up and help students and children with providing mentorship and financial support.

Apart from this, the multitalented Bangladeshi youth is currently making efforts to raise a fund for the children in disadvantaged countries.

Talking to BSS over phone from Vancouver, Mohaimen mentioned that Microsoft allows matching donations where the US  multinational technology corporation will match exact amount donated by one of their employees.

"I've so far raised over $1500 for the vulnerable Palestinian children and also collected money at a networking event from where all the donations will go to the university students who are unable to pay their tuition fees," he said.

Mohaimen informed that he had received offers from Microsoft, Amazon, and a couple of other places to work after graduation, while he was still
in school.

“But, I chose to work with Microsoft as a software engineer, in Seattle, WA, United States, where I was working from August 2020 to August 2021. I got promoted in August 2021, and was transferred to Vancouver, British Columbia, to work for Dynamics 365,” he added.

Mohaimen said he was always interested in solving challenging math and science problems.

"In my tender age, I used to take toys apart and try to reverse engineer the toy back to see how I could solve the problem of assembling and disassembling ... Mathematics always fascinated me," he said.

Mohaimen said he spent hours looking into challenging math problems and coming up with interesting ways to solve them.  These endeavours and interests from the early age made him adamant about becoming an engineer.

His journey started in Canada when he and his family moved to Toronto from Bangladesh.

In grade 12, Mohaimen got into University of Toronto with an overall average of 96 percent, where the University awarded him with the President's Entrance Scholarship, worth $5000.

At the same time, Mohaimen was also playing Rugby, Soccer, Cross Country and he participated in more than 10 different school clubs. Based on his overall achievement, Mohaimen was awarded Qualities of a YM Grad, which was awarded to a total of 10 students per graduating year.

Mohaimen graduated High School with high distinction, and he went to study Computer Engineering at the University of Toronto in September 2015.

End of his first year, in May 2016, Mohaimen went to work for the government at Legal Aid Ontario, where he worked as an IT Intern.

He was working in transforming the office experience to use cloud-based solutions and he was successfully able to achieve phenomenal results
by the end of Summer, 2016.Mohaimen then worked at Bank of Montreal in the year 2017 and joined BlueCat Networks Inc.in the year 2018 as a
Software Engineer Intern.

He was working on the build and cloud team where he helped with deploying virtual machines for the company to run their products.

In 2019 January, Mohaimen joined Telus as a Software Engineer Intern, where he was working on the Intelligent Network processing team.

Mohaimen was tasked with finding a solution to intelligently find bottlenecks within the network.

Using machine learning, Mohaimen was able to optimize the problems existing within the network, allowing Telus to intelligently deploy and take down network nodes based on the amount of network traffic on the nodes.

Finally, Mohaimen ended up working for Royal Bank of Canada, for their challenging Amplify program as a Software Engineer Intern in May 2019.

He and his team developed an algorithm that allowed renters to bid for a place that is available on the market. It was a game changer, since no one was able to do this before.

Based on his outstanding work, Mohaimen filed a patent and it got approved. In his final year of university in 2019, Mohaimen was awarded with Jeffery Skoll Scholarship, worth $10,000.

He was also awarded with Vern Gomes Memorial Scholarship for his academic achievements. Mohaimen also captained his soccer team in university, and he was voted Player of the Tournament, in the years 2018 and 2020.