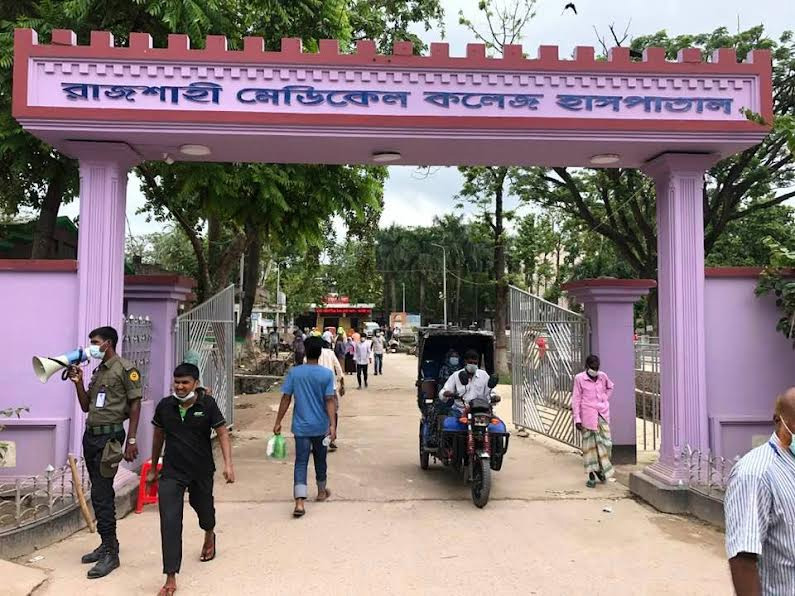 RAJSHAHI, Sept 3, 2021 (BSS) - Five more deaths were recorded at the Covid-19 unit of Rajshahi Medical College Hospital (RMCH) in the last 24 hours till 6am today, raising the fatality figure to 22 in last three days of this month.

However, the previous day's fatality figure was seven, while the previous Friday's death cases from the lethal virus was just four, the lowest-ever since the second wave of coronavirus hit the country around four months back.

Two of the deceased were the residents of Rajshahi, two from Chapainawabganj and one from Naogaon districts, he said.

"Among the deaths, three tested positive for Covid-19 and two had its symptoms," he said.

Twenty-two more patients were admitted to the designated Covid-19 wards of the hospital in the last 24 hours, raising the total number of admitted patients to 140, including 66 tested positive for Covid-19.

Seventeen other patients are undergoing treatment at the Intensive Care Unit of the hospital. Twenty-five patients returned home from the Covid-19 unit after being cured during the time.

Yazdani said the infection rate has decreased by 1.65 percent in Rajshahi compared to the previous day.

A total of 41 people were diagnosed with Covid-19 after testing 303 samples in Rajshahi's two laboratories on Thursday, showing 13.53 percent positivity rate against 15.18 percent on Wednesday.