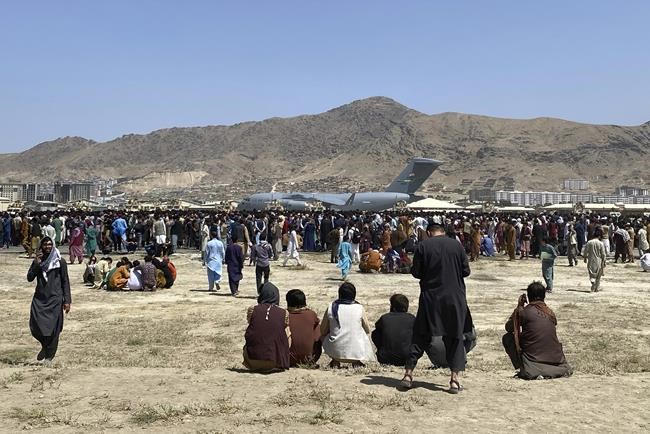 UNITED NATIONS, United States, Sept 3, 2021 (BSS/AFP) - The fate of the United Nations political mission in Afghanistan after the Taliban takeover is a source of grave concern within the global body, UN sources told AFP, as humanitarian flights resumed this week.

The mandate of the United Nations Assistance Mission in Afghanistan (UNAMA) was due to end on September 17, and it's extension is set to be debated on September 9 by the UN Security Council.

The context of the potential renewal has changed dramatically, however, after the Taliban swept back into control mid-August, forcing a chaotic withdrawal of foreign governments, their troops, citizens and Afghan allies.

"The situation is so unclear" and it will be "a reasonable approach at this time" to implement a "technical rollover" of the mandate, a UN source said, speaking on condition of anonymity.

Also uncertain are the intentions of the new Taliban government, expected to be announced soon.

For the United Nations and Western states, they "certainly would never want to lose certain aspects" of the current mandate, "and that includes human rights, protection of civilians" and coordination of international humanitarian aid, a UN source said.

A top UN concern is over the treatment of women and girls under the hardline Islamist Taliban. Women's liberties were sharply curtailed during the Taliban's 1996-2001 rule in Afghanistan.

For Ireland, which holds the Security Council presidency for September, the question of human rights under the Taliban is crucial -- and the group will be judged "by their actions, not by their words," said the country's UN envoy, Geraldine Byrne Nason.

Unacceptable to Ireland would be the exclusion of women from key government posts, Nason told reporters this week.

"This won't stand for Ireland," she said, adding that Afghanistan is more in need of the UN and its humanitarian aid support than ever.

In Afghanistan, 18 million people are staring down the barrel of humanitarian disaster, and another 18 million could quickly join them, the UN has warned, calling for international donations.

The flights link the Pakistani capital Islamabad with the Afghan cities of Mazar-i-Sharif in the north and Kandahar in the south. Three flights have already landed in Mazar-i-Sharif since August 29.

Between 2002 and 2021, the UN Humanitarian Air Service served more than 20 locations in the country, Dujarric said, adding the goal was to return to that capacity "once security and funding permits."

Since their lightning takeover, the Taliban have not indicated how they envisage the future of UNAMA, or even who might represent Afghanistan when world leaders gather at the annual UN General Assembly later this month in New York.

What seems clear, a diplomatic source said, is that "they do want assistance going forward... both humanitarian and development," though the latter is not within the purview of the current UNAMA mandate.

In a statement on Thursday, Human Rights Watch urged the Security Council to renew the mandate to "ensure that the mission and other UN agencies have the resources needed to deliver lifesaving aid and to fully monitor human rights" in Afghanistan.

"The Taliban have an abysmal track record on human rights and violating the rights of women and girls in particular, so the UN mission needs to be the world's eyes on the ground to publicly report on the situation in Afghanistan," said the organization's UN director, Louis Charbonneau.