ABBA: disco legends who churned out the hits 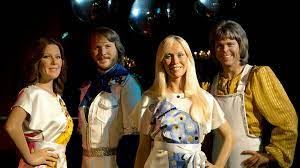 PARIS, Sept 2, 2021 (BSS/AFP) - Legendary disco quartet ABBA has sold more than 400 million albums over half a century, propelling crowds onto dance floors around the world year after year with their catchy melodies and kitsch costumes.

With eight albums and more than 40 singles in less than a decade, the Swedish band burst onto the music scene in 1974 and became a cult sensation with remarkable staying power.

ABBA has remained popular over the decades despite the advent of new music trends, earning new generations of fans through musicals and movies using their music.

Made up of two couples now divorced, the name ABBA is an acronym of the names of the four members now in their golden years: Anni-Frid Lyngstad, 75, Agnetha Faltskog, 71, Bjorn Ulvaeus, 76, and Benny Andersson, 74.

The quartet formed in the late 1960s, with Benny and Bjorn writing their first songs together in 1966 before Agnetha and Anni-Frid -- also known as Frida -- joined the pair in 1969.

In 1973, the group, which only adopted the name ABBA a year later, failed to qualify for Sweden's annual song competition to select its entrant for the Eurovision Song Contest.

But in 1974, the still-unknown band caused a sensation when they won Eurovision in Brighton, England, with their song "Waterloo".

Performing with a starburst-shaped guitar, glitzy costumes and silver platform boots, the ABBA phenomenon was born and "Waterloo" went on to become a hit single in Europe.

A slew of hits followed over the years, including "Mamma Mia" in 1975, which knocked Queen's "Bohemian Rhapsody" off the top of the British charts, also becoming number one in Australia, Germany, Ireland and Switzerland.

The next year their album "Arrival", featuring songs like "Money, Money, Money", "Knowing Me, Knowing You" and "Dancing Queen", sold more than 10 million copies.

Performed live for the first time on the occasion of the wedding of the king of Sweden in June 1976, "Dancing Queen" became the international hit of the year.

The performance for King Carl XVI Gustaf and Silvia Sommerlath was at the Stockholm opera house with the group dressed in 18th-century costumes.

Released at the height of the disco craze, it occupied the charts in several countries for months.

The 1977 hit "Take a Chance on Me" and "Gimme! Gimme! Gimme! (A Man After Midnight)" from 1979, about a single woman longing for romance, were among the "feel good" songs that cemented the group's stardom.

- Two divorces and a break-up -

Bjorn and Agnetha's 1979 divorce marked the beginning of the group's troubles and led to one of its most melancholic songs -- "The Winner Takes It All", which Bjorn wrote and left Agnetha in the odd position of singing a break-up song written by her ex-husband.

A year later, ABBA's album "Super Trouper" came out, and the group performed what would turn out to be their last live concert as they concluded a tour of Japan.

But ABBA never recorded or performed together in public again.

Despite numerous requests over the years, few artists have been authorised to sample ABBA's songs.

When Madonna asked to sample "Gimme Gimme Gimme" on her 2005 hit "Hung Up", the group only allowed it after approving the final version of her song.