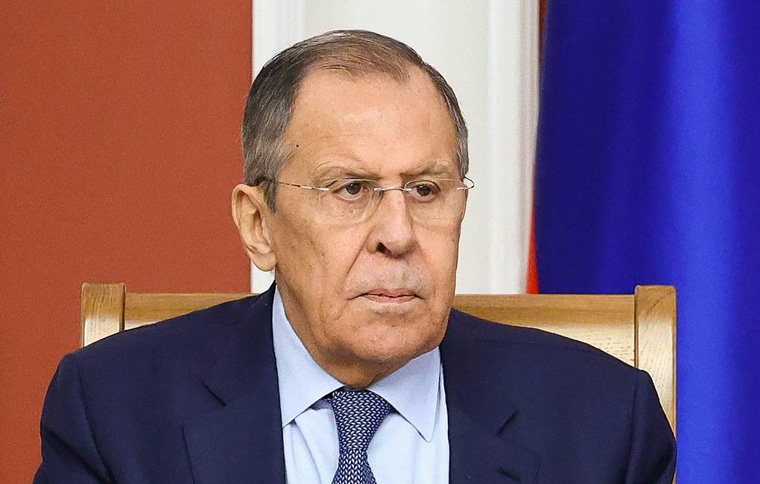 PRETORIA, Jan 24, 2023(BSS/TASS) - What is going on in Ukraine is no longer a hybrid war, but a real war between the West and Russia, Russian Foreign Minister Sergey Lavrov said on Monday.

"When we talk about what is going on in Ukraine, we are talking about the fact that this is no longer a hybrid war, but a real one, the West has been preparing for a long time against Russia, trying to destroy everything Russian: from language to culture, which has been in Ukraine for centuries, and forbidding people to speak their native language," he said at a press conference following talks with South African Foreign Minister Naledi Pandor.

"In Ukraine, this is all common practice. Both the former president [of Ukraine, Pyotr] Poroshenko and the current one [Vladimir] Zelensky, who were elected under the slogan of establishing peace, immediately after being elected turned into war presidents, Russophobe presidents," Lavrov said.

The Russian top diplomat recalled that Ukraine has adopted laws that prohibit education in Russian, media in Russian, including such media in Ukraine, laws that even, in fact, prohibit the use of the Russian language in everyday life.

"Any cultural contacts related to the Russian language are prohibited. And this is all supported by the West. Just like the West supports the regular marches of neo-Nazis with swastikas, with symbols of division which were banned by the Nuremberg Tribunal, recognized as criminal. The West supports all this," Lavrov said.