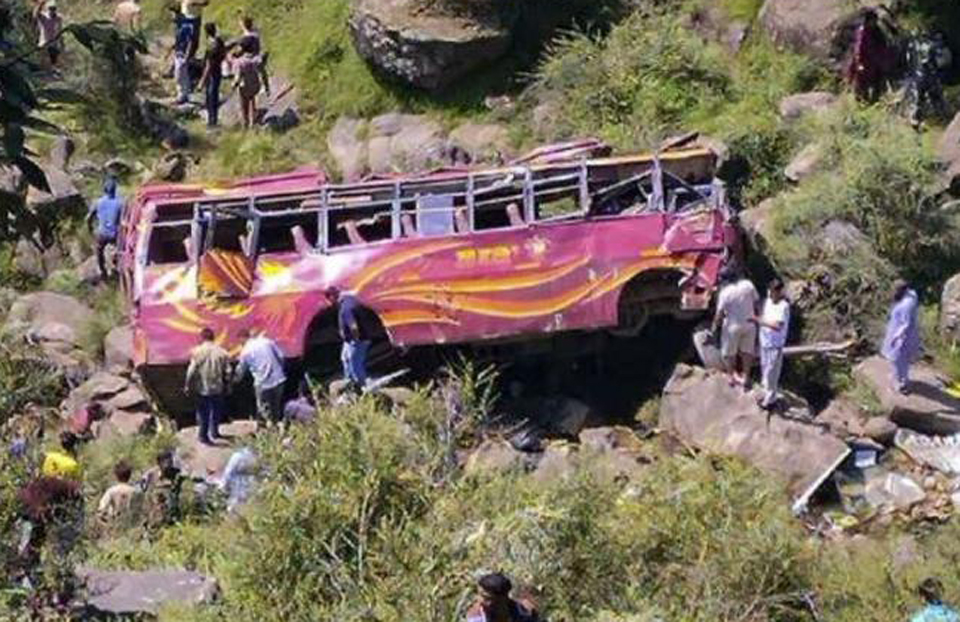 NEW DELHI, Oct 5, 2022 (BSS) - At least 25 passengers, aged between four and 51, were killed after a bus carrying 45 people for a wedding party fell into a 500-metre-deep gorge in India's Uttarakhand state, police said.

The accident took place at Simri in Pauri Garhwal district in the Indian state of Uttarakhand late on Tuesday, police said adding that an overnight rescue operation is continued.

The bus was on its way from Haridwar to Kadagaon in Pauri when it lost balance. The toll from the accident was feared to go up as some of those injured were critical.

"Twenty people have been rescued and rushed to medical facilities but some of them are seriously injured," The Hindustan Times quoted Uttarakhand Police chief Ashok Kumar as saying.

District magistrate Vijay Kumar Jogdande said the rescue operation was on and that they were pulling out the bodies with the help of ropes.

Earlier, Haridwar police chief Swantantra Kumar Singh had said that the wedding party had left from Laldhang in the district, about 122 km from the site of the accident in Pauri Garhwal.

State Disaster Response Force (SDRF) commandant Manikant Mishra said only six bodies have been taken away from the accident site. "...the operation to bring the rest of the bodies to the nearby road is on. Of the 20 rescued, two-three are badly injured."

"The bus accident in Pauri, Uttarakhand is heart-rending. In this tragic hour my thoughts are with the bereaved families. I hope those who have been injured recover at the earliest. Rescue operations are underway. All possible assistance will be provided to those affected," the Prime Minister's Office tweeted, quoting PM Modi.

Uttarakhand Chief Minister Pushkar Singh Dhami expressed his condolences for the deaths in the tragedy and said the state government stands with their families.