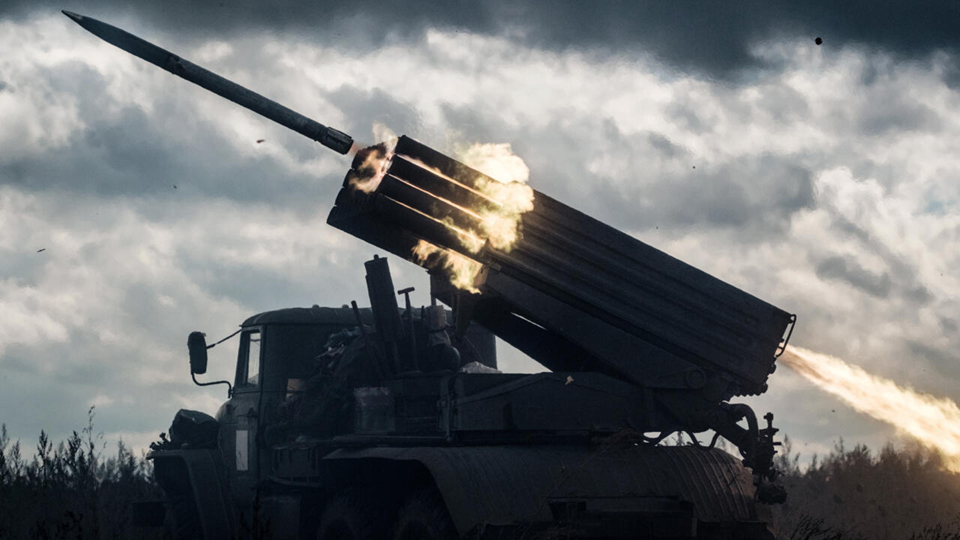 KRYVYI RIG, Ukraine, Oct 5, 2022 (BSS/AFP) - The United States announced more weapons for Ukraine's army as it claimed sweeping gains along two major battlefronts in an offensive rush to beat the arrival of fresh Russian troops and the looming winter.

Ukrainian President Volodymyr Zelensky on Tuesday said his forces were making "rapid and powerful" gains and had retaken "dozens" of villages from Russia this week in the east and south.

In a briefing in Moscow, the Russian military conceded in updated maps of the fronts that they had incurred significant territorial losses.

A Kremlin-installed official in the southern Ukraine region of Kherson, which Moscow declared Friday was now its own "sovereign territory," urged residents to stay calm amid the Ukrainian army's thrust, promising that Russian jets and artillery were fighting back.

"There is no reason to panic," Kirill Stremousov, the Moscow-appointed deputy head of Kherson region, said on social media.

"Yes, you can hear explosions at a distance, but they're infrequent."

Zelensky said eight settlements in the southern Kherson region, where Moscow's forces have retreated, have been retaken.

The latest battlefield maps from Moscow showed that Russian troops had left many areas in Kherson, including along the west bank of the Dnipro River.

In the eastern Kharkiv region, the maps indicated that Russian forces had almost entirely abandoned the east bank of the Oskil River, potentially giving the Ukrainians space to shell key Russian troop transportation and supply corridors.

"Our soldiers do not stop. And it's only a matter of time before we expel the occupier from all of our land," Zelensky said.

Russia, meanwhile, pushed ahead with its rapid-fire mobilisation of more troops to shore up those already fighting in Ukraine.

Washington announced $625 million worth of arms to be drawn down immediately from existing US military stockpiles.

The new batch added four of the potent Himars medium-range missile launchers to the 16 already delivered, which have allowed Ukraine to strike Russian command depots and arms stockpiles far behind the front lines.

The Pentagon is also sending 500 precision-guided 155mm artillery rounds, which can pinpoint targets at a medium- to long-range.

"This package will provide Ukrainian armed forces with additional capabilities and munitions that it needs to maintain momentum in the east and in the south," said Laura Cooper, the Pentagon's top official for Russia and Ukraine.

"We're looking very closely at their consumption rates for ammunition, to make sure that they have what they need for the counteroffensive," she said.

- UN to meet on Russia 'annexation' -

The United Nations General Assembly has called for an urgent meeting on Monday to discuss Russia's declared annexation of the four regions in Ukraine that it partially occupies.

At the meeting, the 193 UN member states will weigh a resolution currently under preparation after Russia vetoed a condemnation of its annexation claim in the Security Council last week.

Diplomatic sources said a resolution was being drafted by the European Union together with Ukraine and other countries.

The resolution could make clearer the degree of Moscow's isolation and support on the global stage, as the war grinds on and its effects spread.

Earlier this year, the General Assembly passed three resolutions concerning Russia's invasion, with the third, at the end of April, revealing some erosion of international unity against Moscow.

The World Bank, meanwhile, said Ukraine's economy could shrink 35 percent this year, as the invasion has forced more than 14 million people from their homes and stifled industrial production.

Following Moscow's invasion, Ukraine's economy has been "scarred by the destruction of productive capacity, damage to agricultural land, and reduced labour supply," it said.

"The war was yet another difficult test for our team and for me personally," the 49-year-old said.

Together with bank leaders, "we were able to keep (the) banking system operational during the war, providing Ukrainians access to financial services and ensuring financial stability despite the most difficult circumstances," he said.