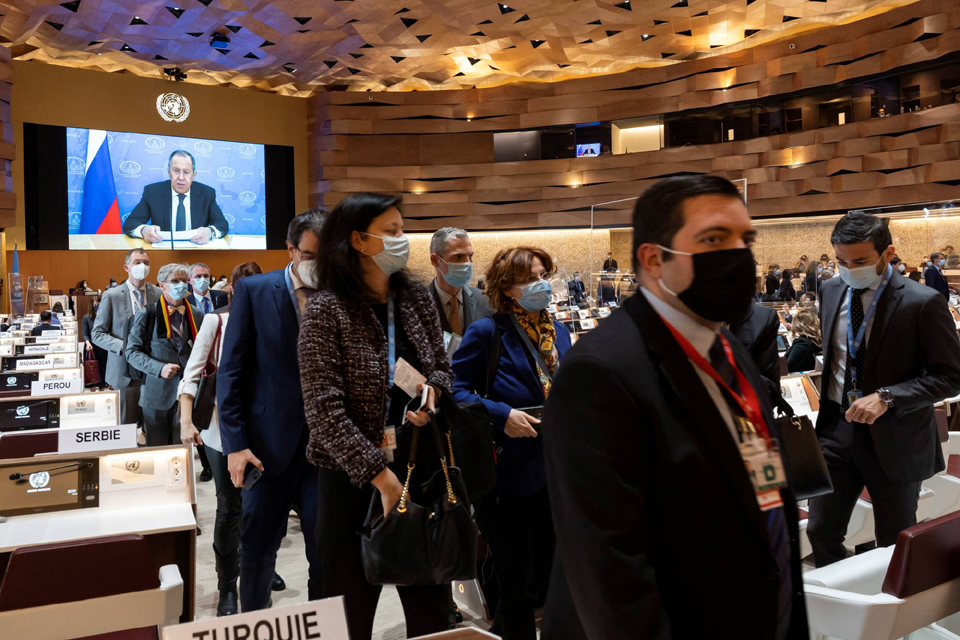 MEXICO CITY, Oct 1, 2022 (BSS/AFP) - Representatives of dozens of countries walked out of an international culture conference on Friday in protest at the war in Ukraine when Russia's representative took the floor.

The boycott occurred during the final session of the World Conference on Cultural Policies and Sustainable Development convened by UNESCO in Mexico City.

Lithuanian Culture Minister Simonas Kairys hit out at Moscow's "unjustifiable and illegal aggression" against Ukraine, in a statement that he said was on behalf of 48 countries.

Kairys told the meeting that UNESCO had verified damage to at least 193 Ukrainian cultural sites since the Russian invasion, including museums, libraries, cultural centers and historical buildings.

Dozens of participants got up and left the auditorium when Russian delegate Sergey Obryvalin addressed the conference, rejecting the criticism as "unacceptable."

At the end of the three-day meeting, billed as the largest of its kind in 40 years, 150 states adopted a declaration affirming culture as a "global public good," UNESCO said.

They called for "substantial regulation of the digital sector, notably of the major platforms, for the benefit of online cultural diversity, artists' intellectual property rights and fair access to content for all," it added.

Governments also committed to step up the fight against illicit trafficking in cultural goods and appealed to art vendors not to offer objects of unproven provenance for sale.

UNESCO announced the creation, in collaboration with Interpol, of a virtual museum of stolen cultural property.