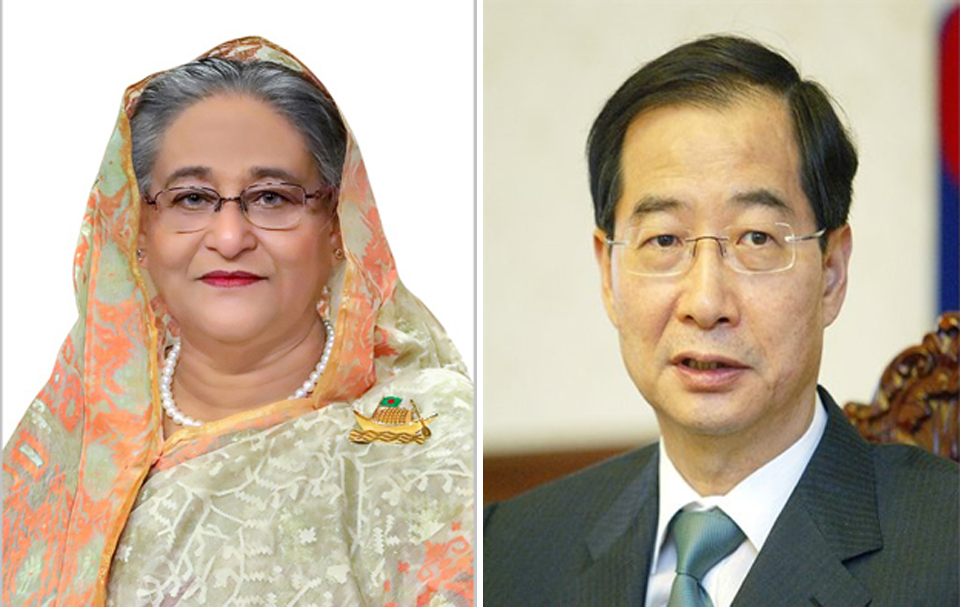 DHAKA, May 22, 2022 (BSS) - Prime Minister Sheikh Hasina today extended her warmest greetings and heartiest felicitations to Han Duck-soo on his appointment as the Prime Minister of the Republic of Korea.

In a felicitation letter to newly appointed Korean premier, the prime minister said, "I, on behalf of the people and the government of Bangladesh and on my own behalf, extended warmest greetings and heartiest felicitations to Han Duck-soo on his appointment as the Prime Minister of the Republic of Korea".

She hoped that the bonds of friendship, understanding, and cooperation that so happily exist between the two friendly countries will be further strengthened during Han Duck-soo's term in office.

The premier said Bangladesh and the Republic of Korea enjoy excellent bilateral relations based on shared values, mutual respect, and common aspirations.

Mentioning the Republic of Korea as a key economic and development partner of Bangladesh, she said, "In recent years, our bilateral trade and investments have witnessed a substantial expansion leading to an enhanced presence of Korean companies and entities in Bangladesh."

The premier underscored the need for maintaining the current development trajectories of the two countries for a deeper, comprehensive partnership for the benefit of two countries peoples.

With more than a decade of accelerated economic growth and remarkable progress in other key sectors, Bangladesh now offers enormous opportunities to its partners like Korea, she said.

Mentioning that her government is implementing numerous initiatives and mega projects to modernize the country and enhance the economy's competitiveness, she expressed her eagerness to closely working with Han Duck-soo to further consolidate the bilateral ties and advance regional and global issues of common interests.

Sheikh Hasina extended an invitation to the new prime minister to pay a visit to Bangladesh at a mutually convenient schedule with a view to grab an opportunity to jointly identify the common priorities to take the bilateral relation to a new height.
She added, 'I seize this opportunity to wish, Your Excellency, good health, happiness, and continued peace and prosperity to the friendly people of the Republic of Korea."