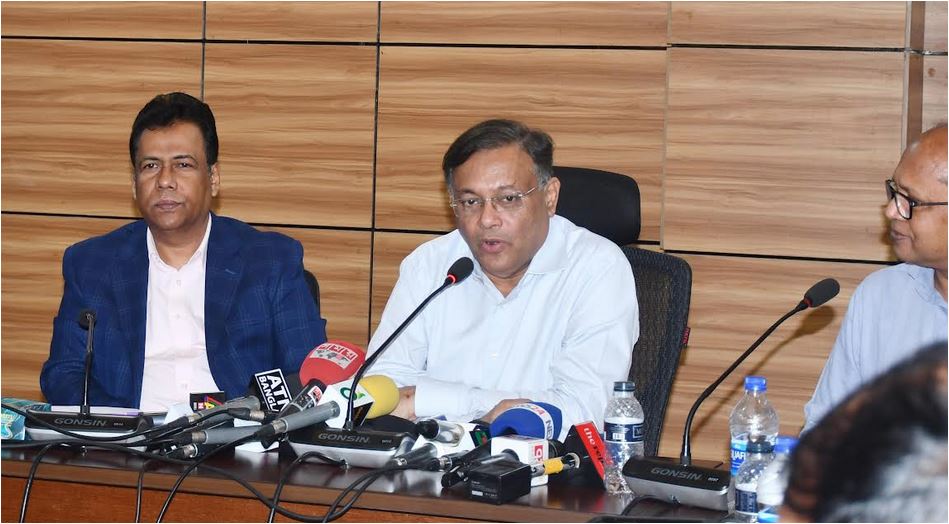 The ministry arranged the meeting at Tathya Bhaban in the city's Kakrail area
while over 100 cinema hall owners and entrepreneurs from across the country
joined it, said a press release.

After the discussion while addressing as the chief guest, Hasan expressed his
optimism that it is possible to open several hundred cinema halls across the
country within one and half or two years through constructing Cineplex and
cinema halls at every district and upazila by getting soft loan facilities
from the scheme.

"We want our film industry will take place in world arena," he said.

Describing film as a huge part of culture, the minister said film or
expansion of cinema halls is conducive to protect society from derailment.

He said film industry can plan a significant role in saving young generation
from drug addiction and militancy.

During the meeting, cinema hall owners described the formation of Taka 1,000
crore refinance scheme as a groundbreaking step in reviving the country's
film industry.

On approval of the Prime Minister, Information and Broadcasting Ministry
requested Bangladesh Bank to form a special scheme for Taka 1,000 crore in
February and March last year.

In view of the request, Bangladesh Bank formed the scheme and issued two
notifications asking all scheduled banks to provide maximum Taka 10 crore
loan in constructing new Cineplex or cinema halls and maximum Taka 5 crore in
renovating halls to each owner and entrepreneur.

The repayment period of the loans will be eight years. Interest rate is 5
percent for metropolitan area and 4.5 percent for outside of metropolis.