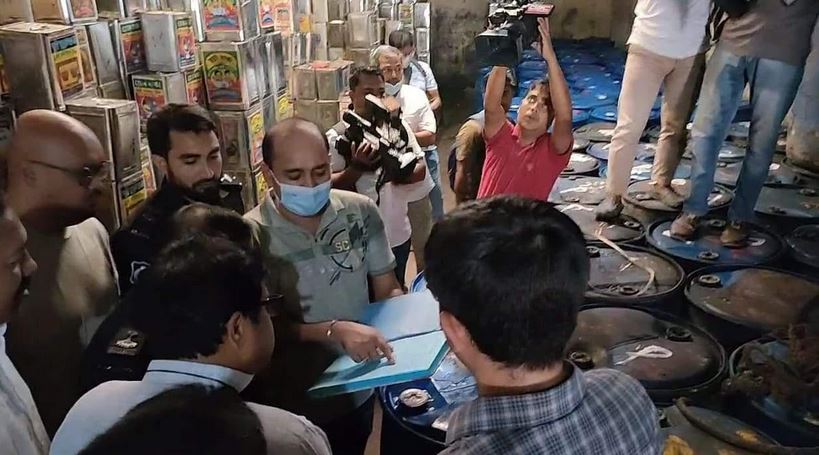 A special team of the district administration led by its executive magistrate
Debashish Bosak conducted raids at different warehouses after getting secret
information about the hoarding of a huge quantity of edible oil.

A team of RAB-6 in Khulna led by Sadar Company commander SP Al Asad Bin
Mahfuz assisted the mobile court during the drives.

Checking related documents, the mobile court found that the three owners of
Sonali Enterprise, Saha Traders and Ranjit Biswas and Sons have sold soybean
oil at a wholesale price of Taka 183 per litre against Taka 180 per litre
fixed by the government.

The owners of three traders failed to show any sales receipts.

Talking to BSS, magistrate Debashish Basak said that 222,620 litres of
hoarded edible oils were recovered from three warehouses in Khulna and the
district administration made arrangements to sell the oil at prices fixed by
the government.