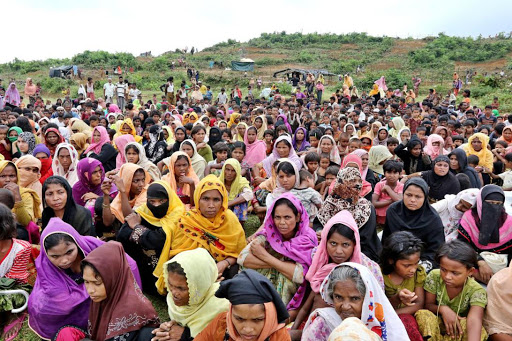 Dhaka, Jan 26, 2022 (BSS) – Bangladesh has urged the United Nations (UN) to play an effective role in a durable solution to the protracted Rohingya crisis.

During the meeting, the foreign secretary expressed disappointment that in the fifth year of the crisis, Bangladesh is still grappling with multiple challenges of hosting more than a million forcibly displaced Myanmar nationals.

The prolonged presence of the Rohingyas in Bangladesh is creating security problems such as human and drug trafficking with ramifications across the region, he added.

Masud emphasized that the office of the special envoy should work towards creating conducive conditions in Myanmar for the return of the Rohingyas in safety and security.

Commending Bangladesh’s exceptional humanitarian gesture, the special envoy conveyed her sincere thanks and gratitude to Prime Minister Sheikh Hasina for demonstrating the highest level of humanity by hosting more than a million persecuted Myanmar nationals.

She shed some lights on her priorities and future plans.

She also assured that Rohingya issue would remain high on her agenda.

Noeleen Heyzer was appointed as the UN Secretary General’s Special Envoy on Myanmar in October 2021.