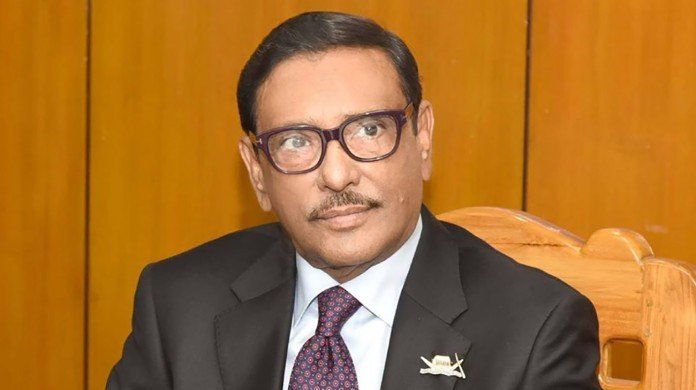 DHAKA, Dec 2, 2021 (BSS) – Awami League general secretary and road transport and bridges minister Obaidul Quader today said BNP does not care the country's court-law, which has been proved in their recent comments and remarks.

"BNP leaders are making such comments because they have no trust in court-law," said Quader mentioning BNP secretary general Mirza Fakhrul Islam Alamgir's comments that it is not the law but the 'illegal' government is the obstacle regarding sending Khaleda Zia abroad for treatment.

Obaidul Quader said this while speaking at a virtual press conference from his residence in the city.

"If the government is illegal, then why you (Fakhrul) are raising demand to it," Quader said, adding that how this government will be illegal as there is representation of BNP in the Jatiya Sangsad.

About non-implementation of half-fair for students by some city bus owners, the road transport minister asked the bus owners to be sympathetic to the students and to implement the decision of realizing half-fair from students.