Power supply to be ensured during irrigation season: Nasrul 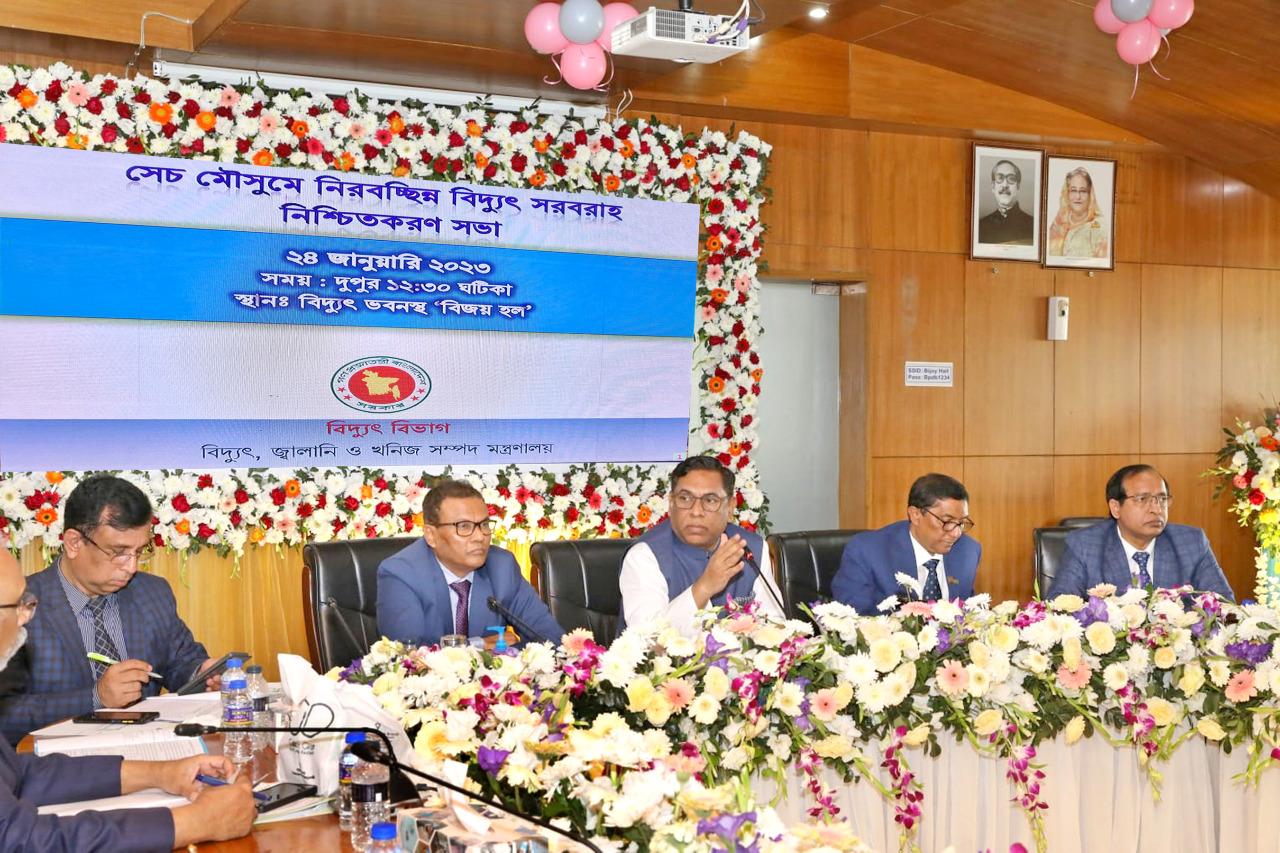 "Farmers will get benefit if supervision activities are strengthened through overall situation," he told an inter-ministerial meeting on uninterrupted power supply during the irrigation season at Bidyut Bhaban.

Nasrul Hamid said, "Don't waste unnecessary time in the name of maintenance. If there is possibility of power shortage, concerned distribution companies should take initiative to resolve it by alternative ways".

He said that power production is being increased in coordination with the demand, adding, "If farmers follow peak and off-peak hours during irrigation season then better results will be yielded".

The state minister directed authorities concerned to supply natural gas and fuel oil as required by the Bangladesh Power Development Board (BPDB).

It said the total number of irrigation connections in the current season is 4,65,456, for which 24,00 MW electricity will be required.

The meeting discussed about supply of gas, furnace oil and diesel to increase power generation for the current irrigation season.

Nasrul Hamid said that gas supply to all gas-based capable power plants would be priority basis so that electricity could be generated without interruption.

He said that fuel transportation during the current irrigation season should be smooth to this end. The BPDB would contact concerned officials including Railways Ministry, Road Transport and Highways Division, BIWTC and BIWTA.

The BPC would have to ensure fuel transportation in every place.
"Ensure smooth supply of fuel oil, gas and coal to power generation plants, conduct extensive campaign to popularize alternate wet and dry method for economical use of irrigation water," he said.