Schedule for presidential election to be announced tomorrow 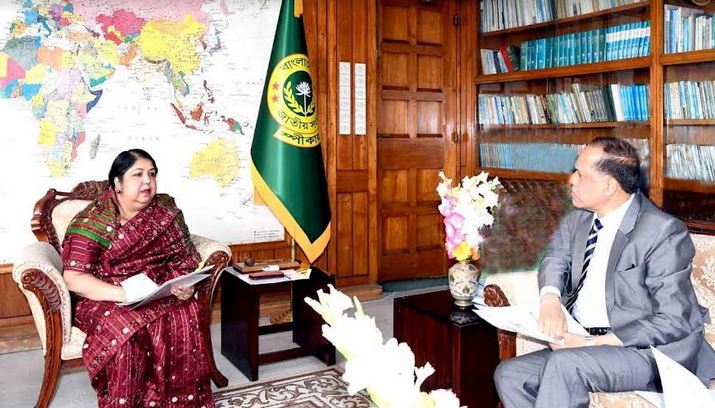 "A meeting of the election commission will be held at 11 am tomorrow where the schedule of the presidential election will be disclosed," he said while talking to the journalists at Nirbachan Bhaban in the city's Agargaon area after a meeting with Jatiya Sangsad (JS) Speaker Dr Shirin Sharmin Chaudhury at JS Bhaban.

The CEC said, "We have met the Speaker of the Parliament and discussed about the presidential election."

According to the Constitution, a new president has to be elected within 90 to 60 days prior to the end of the incumbent president's tenure.

The previous presidential election schedule was announced on January 25, 2018.

Abdul Hamid was elected president unopposed for the second term on 6 February though the election slated for 18 February.

President Abdul Hamid is set to complete his tenure on April 23 this year.