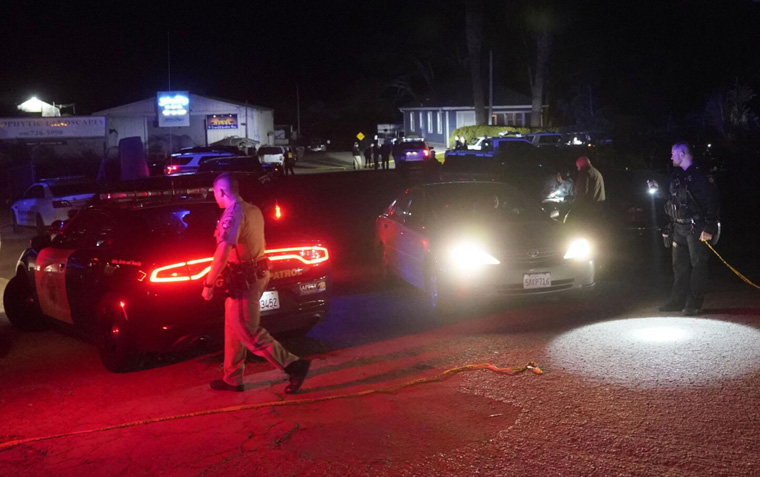 LOS ANGELES, Jan 24, 2023 (BSS/AFP) - Seven people were killed and one critically injured Monday in two shootings in Half Moon Bay in northern California, US media reported.

There was no immediate official confirmation of the toll from authorities, but San Mateo County Sheriff said on Twitter it was dealing with an incident.

"The Sheriff's Office is responding to a shooting incident with multiple victims in the area of (Highway) 92 and the (Half Moon Bay) City limits," it tweeted.

"Suspect is in custody. There is no ongoing threat to the community at this time."

The two incidents reported by US media happened at farms close to each other in an area south of San Francisco.

ABC7 originally reported one person was dead and three injured at the Mountain Mushroom Farm, citing law enforcement sources. Three people were killed at nearby Concord Farm, the broadcaster said on its website.

The broadcaster later updated that toll, and NBC Bay Area, citing its own sources, also said seven had died in the two shootings.

The new bloodshed came less than 48 hours after a gunman killed 11 people at a dance studio near Los Angeles.

California Governor Gavin Newsom, who has been in Monterey Park where that massacre took place, took to Twitter moments after news broke of the new killings.

"At the hospital meeting with victims of a mass shooting when I get pulled away to be briefed about another shooting. This time in Half Moon Bay. Tragedy upon tragedy."

ABC7 aired footage of the arrest of an Asian man, saying it happened as their crew was setting up outside a police station.

Carlos Martinez-Maya spoke to the network outside the mushroom farm, where he was waiting for news of his uncle, who works there.

"My mom gets a call from my dad. He's like crying a little bit saying like, my brother's in there...so we're just worried right now because he's not answering his calls or anything.

"They're not letting anyone go in or out."

"He has asked federal law enforcement to provide any necessary assistance to the local authorities. As more details become available, the President will be updated."