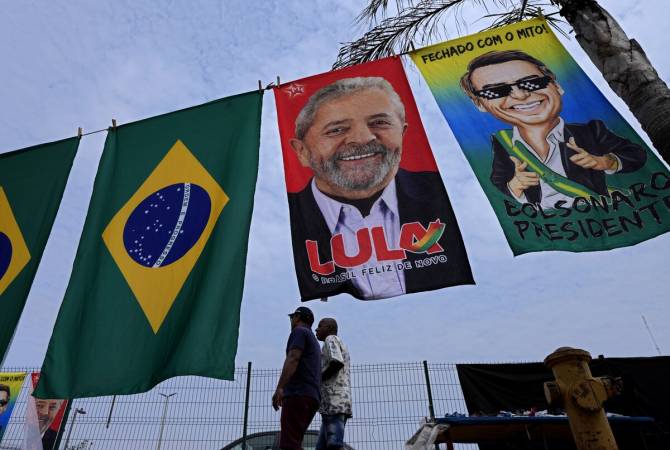 RIO DE JANEIRO, Oct 3, 2022 (BSS /TASS) - Incumbent Brazilian President Jair
Bolsonaro is set to face former President Luiz Inacio Lula da Silva in a
second round of presidential elections on October 30, according to data from
the Superior Electoral Court based on counting more than 97% of the first-
round voting protocols.

Lula da Silva, the leader of the Workers' Party, mustered 47.95% of the vote
in the Sunday elections. He was backed by more than 55 million people.
Bolsonaro gathered 43.62% of the vote, winning the support of more than 50
million people. The total number of voters, according to the electoral court,
is more than 156 million people, and 32 million of them didn't turn out to
cast a ballot.