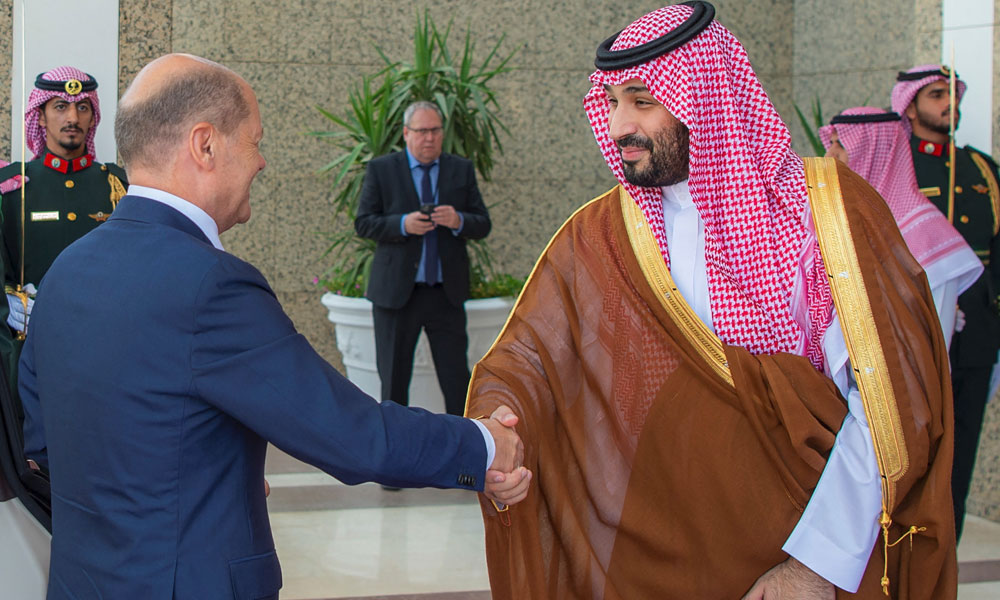 RIYADH, Sept  24, 2022 (BSS/AFP) - German Chancellor Olaf Scholz on
Saturday visited Saudi Arabia and held talks with its crown prince at the start
of a two-day Gulf tour, in the hope of sealing new energy deals.

Scholz, accompanied by a sizeable industry delegation, flew in to Jeddah on
the Red Sea where he met with Crown Prince Mohammed bin Salman, de facto ruler
of the country.

The German chancellor hopes to agree new energy partnerships with the oil-
and gas-rich Gulf states, following the loss of supplies from Russia in the
wake of its invasion of Ukraine.

Scholz's meeting with Prince Mohammed was seen as sensitive because of the
murder of Jamal Khashoggi, a Saudi journalist who was killed and dismembered in
the kingdom's Istanbul consulate in October 2018.

"We discussed all questions concerning human rights... Nothing that should
have been said was omitted," Scholz told German reporters accompanying him as
he flew out of Jeddah, after being asked if the Khashoggi case was raised.

Until recently, Prince Mohammed was regarded as a pariah in the West due to
the murder.

The German government strongly condemned the murder and, ahead of the tour,
indicated it would not be "editing" its position.

But Saudi Arabia's importance as a fossil fuels exporter and regional power
meant a "solid working relationship" was needed with the crown prince, a
government source explained.

Berlin wants to extend cooperation on new technologies such as green
hydrogen produced using renewable energy, which Germany could import in vast
quantities from the Gulf states, said government sources.

The chancellor is also seeking to strengthen political cooperation with the
regional powers, courted on the other side by China and Russia.

Scholz said he had raised the topic of the war in Ukraine.

"I have made it clear that it is important for us to support Ukraine in
defending its own integrity and sovereignty and that we will continue to do so
-- and that Russia must withdraw its troops," Scholz said.

Ahead of the trip, a German government source said that "we have to work
with Saudi Arabia if we want to sort out, for example, the question of the war
in Yemen or tackle the Iranian question," referring to Tehran's regional
military influence.

Scholz left Saudi for the UAE on Saturday, and he is due to meet with
Emirati President Sheikh Mohamed bin Zayed Al-Nahyan on Sunday morning.
Later the same day, the chancellor will travel to gas-rich Qatar to hold
talks with Emir Sheikh Tamim bin Hamad Al-Thani.