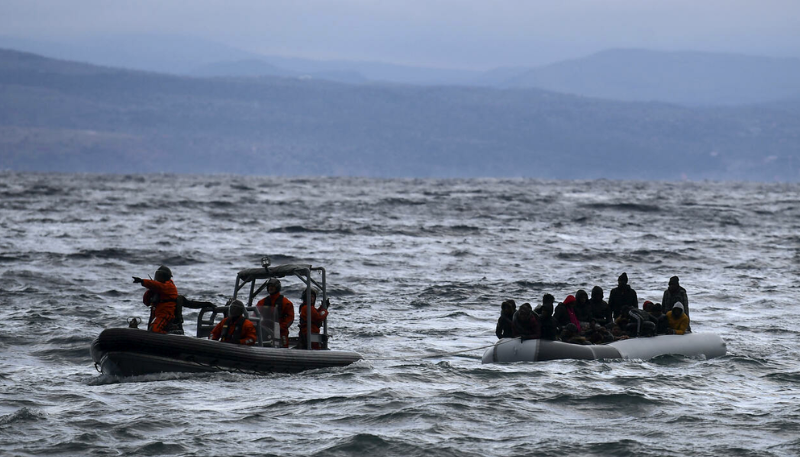 ATHENS, Aug 10, 2022 (BSS/AFP) - An air and sea rescue operation was
underway Wednesday after around 50 people went missing when a migrant boat
sank in the Aegean Sea, the Greek coastguard said.

The vessel foundered at dawn off the islands of Karpathos and Rhodes after
setting sail on Tuesday from Antalya, southern Turkey, heading for Italy.

"According to the statements of 29 rescued people, there were 80 people on
the boat, so up to 50 people are missing," a coastguard press office official
told AFP.

But state television channel ERT said the number of people on board had
been between 30 and 60.

Coastguard spokesman Nikos Kokalas told the channel: "It's not possible
that the boat could have been transferring 80 migrants. We are talking about
a lower number."

Strong winds of up to 50 kilometres per hour (30 mph) were hampering the
operation, Kokalas told Skai radio.

"Many of those shipwrecked were not wearing life-jackets," Kokalas said.

A video posted by the coastguard showed an army helicopter rescuing two
survivors from the sea and transferring them to Karpathos.

Another 27 people were transferred to land aboard a tanker that joined the
search off the island of Kos, said the coastguard.

Although the migrant boat appears to have been trying to get to Italy,
Greece is often the country of choice for people fleeing Africa and the
Middle East to try to reach a better life in the European Union.

Thousands come to Greece via Turkey over the narrow and perilous sea
crossing separating the traditional enemies.

Sixty-four people have perished in the eastern Mediterranean since
January, the International Organization for Migration says.

Eight people died off the Greek island of Mykonos on June 19 when 108 more
were rescued, according to the UN migration body.

The Greek coastguard on Sunday said 122 migrants were rescued near Rhodes
after their vessel ran into trouble after sailing from Turkey.

Athens says migrant arrival numbers have climbed this year and accuses
Ankara of not doing enough to stop smugglers from sending them across the
border -- often in flimsy boats that make for dangerous journeys.

Turkey pledged under a 2016 deal to cut migrant numbers leaving its shores
in return for financial aid from the European Union.

At the end of June, the EU urged Ankara to halt "violent and illegal
expulsions" from its territory.