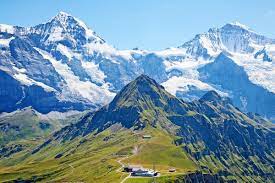 Police received calls at 6:20 am (0420 GMT) reporting that mountaineers had
been caught up in falling seracs -- columns of glacial ice formed by
crevasses -- on the Grand Combin, a glacial massif near the Italian border in
the Wallis region.

"Around 15 mountaineers were there," the Wallis police said in a statement.

"Several climbers were impacted. Regrettably, there are victims. Other
mountaineers on the spot were evacuated," the statement said, adding that
further details would be given in due course.

Seven helicopters with mountain rescue experts on board flew to the scene.

The Grand Combin massif has three summits above 4,000 metres, the highest
of which is the Combin de Grafeneire at 4,314 metres.

The regional public prosecutor has opened an investigation "to determine
the circumstances of this event", the police said.