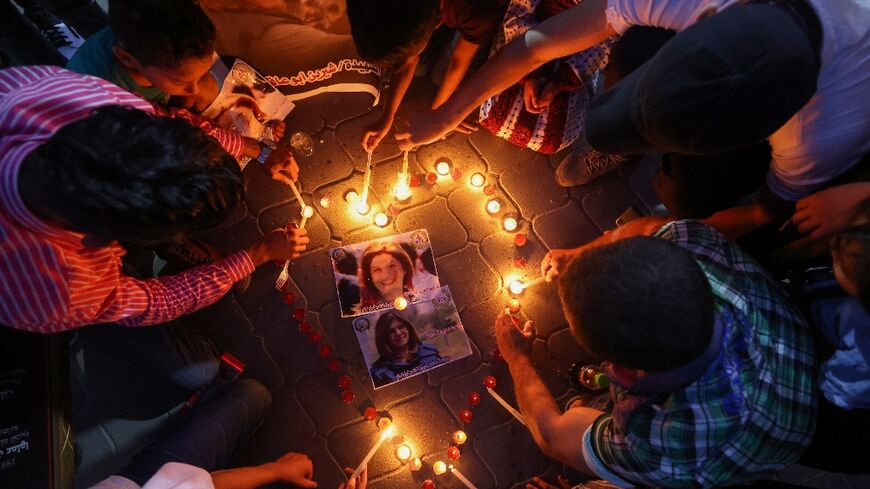 RAMALLAH, Palestinian Territories, May 27, 2022 (BSS/AFP) - An Al Jazeera journalist shot dead in the occupied West Bank earlier this month was murdered in a "war crime" by an Israeli soldier, an official Palestinian investigation concluded Thursday.

The Palestinian Authority (PA) and Al Jazeera have accused Israeli forces of killing Shireen Abu Akleh on May 11 when she was covering an Israeli operation in the West Bank city of Jenin. The television network said Thursday it would submit a case to the International Criminal Court.

Israeli authorities have countered that Abu Akleh could have been killed by stray fire from a Palestinian gunman or mistakenly by an Israeli soldier.

All "proven facts constitute the elements of the crime of murder... according to national laws, they are a war crime and a violation of international laws," said PA attorney general Akram Al-Khateeb, who presented the investigation findings.

The Palestinian-American journalist, who was wearing a vest marked "Press" and a helmet, was hit by a bullet just below her helmet.

The report said Abu Akleh was killed with a 5.56 millimetre armour piercing round fired from a Ruger Mini-14 rifle.

It added that bullet holes on a nearby tree indicated the "targeting of the upper parts of the body with the aim of killing."

"All of these facts: the type of projectile, the weapon, the distance, the fact that there were no obstructions to vision and that she was wearing a press jacket lead us to conclude that Abu Akleh was the target of a murder," Khateeb concluded.

"The only source of fire was the Israeli occupation forces," he said.

Senior PA official Hussein al-Sheikh said a copy of the report had been sent to US authorities, and copies would be given to Abu Akleh's family and Al Jazeera.

The Qatar-based network announced soon after that its legal team and international experts were preparing a case to put the ICC prosecutor in The Hague.

It said the case would also include the destruction of Al Jazeera's office in Gaza in May 2021 in an Israeli raid, as well as other attacks on its journalists in the Palestinian territories.

Article eight of the ICC charter makes it a war crime to target a journalist in a war zone. The ICC last year launched an investigation into war crimes in the Palestinian territories but Israel is not an ICC member and disputes its jurisdiction.

A CNN report published this week, disputed by Israel, also pointed to a deliberate killing, citing the impacts on the tree.

"Any claim that the IDF intentionally harms journalists or uninvolved civilians, is a blatant lie," he said in a statement, referring to the Israeli Defence Forces.

"Despite the Israeli side reaching out repeatedly, the Palestinians refuse to cooperate, which raises the question (of) if they really want to reach the truth," he said.

Palestinian authorities refuse to hand the bullet over to Israeli authorities for investigation, citing a lack of trust.

"Attempts to charge IDF soldiers with war crimes while promoting false assessments such as the one published by CNN, undermine the ability to achieve peace and stability in the region, while ultimately boosting terrorism," said Gantz.