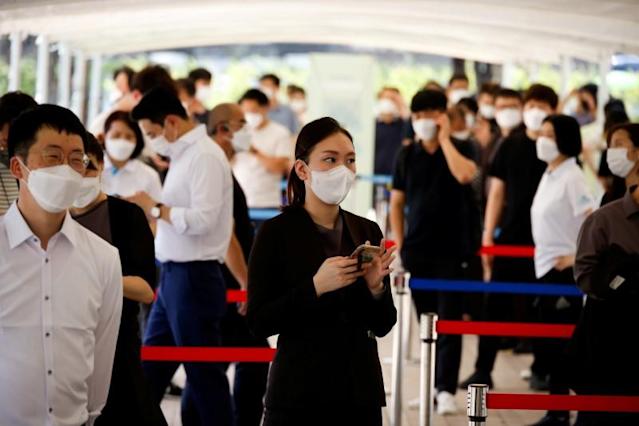 The daily caseload was down from 23,956 in the previous day, and lower than
28,124 tallied a week earlier, according to the Korea Disease Control and
Prevention Agency (KDCA).

The health authorities believed that the daily caseload has been on the
decline following the Omicron variant-driven resurgence, which may have
peaked in the middle of March. Among the new cases, 34 were imported from
overseas, lifting the total to 32,619.

The number of infected people who were in a serious condition stood at 243,
up six from the previous day. A total of 34 more deaths were confirmed,
leaving the death toll at 24,063. The total fatality rate was 0.13 percent.

The number of people who received two doses of COVID-19 vaccines was 86.9
percent of the total population, and the figure for those getting booster
jabs was 64.8 percent.