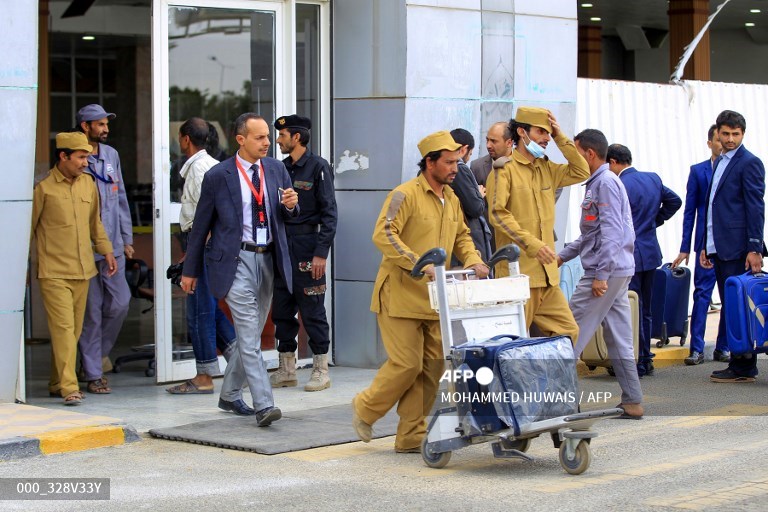 years took off from Yemen's rebel-held capital on Monday, a major step
forward in a peace process that has provided rare relief from conflict.

The Yemenia plane carrying 126 passengers, including hospital patients
needing treatment abroad and their relatives, took off from Sanaa for the
Jordanian capital Amman just after 9:00 am (0600 GMT), AFP journalists saw.

Sanaa's airport has been closed to commercial traffic since August 2016
because of air strikes by the Saudi-led military coalition, who are fighting
Iran-backed Huthi rebels.

Yemen, the Arab world's poorest country, has been wracked with war since
the coalition stepped in to support the government in 2015, a year after the
Huthis seized control of the capital.

According to UN figures, more than 150,000 people have died in the violence
and millions have been displaced, creating the world's worst humanitarian
crisis.

But a truce has been in place since April 2, coinciding with the start of
the Muslim holy month of Ramadan.

Before take-off, the plane was taxied through an honour guard of two fire
trucks spraying jets of water.