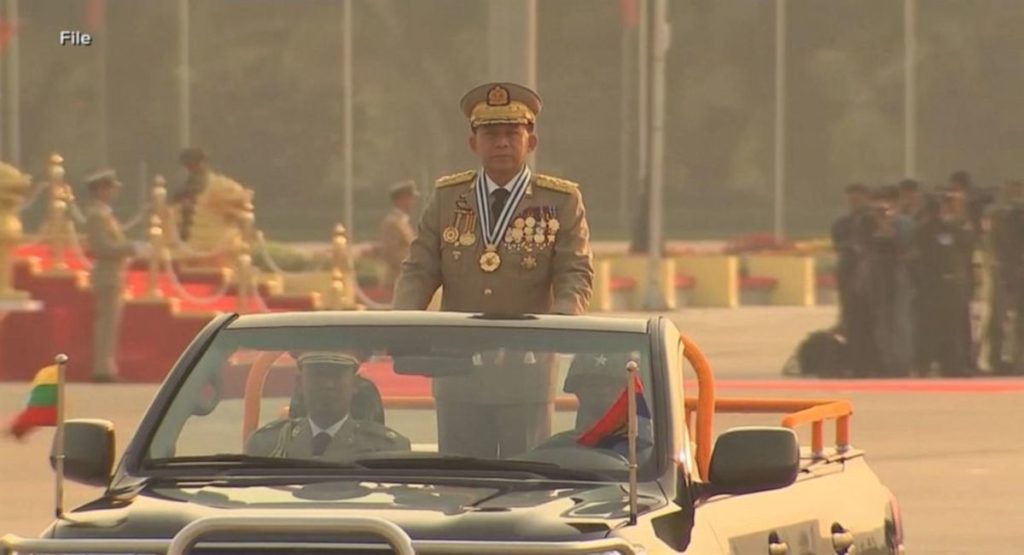 United States for snubbing it at a regional summit and meeting with opposition
leaders, and instead lauded its ties with "powerful" China.

Washington has repeatedly denounced the coup that ousted Aung San Suu Kyi's
government last year, and the US government has imposed sanctions on top
figures in Myanmar's military.

Myanmar was represented by an empty chair at a summit this week between US
President Joe Biden and leaders of the regional Association of Southeast Asian
Nations bloc in Washington.

Members of a "National Unity Government" dominated by lawmakers from Suu
Kyi's ousted party were however invited to Washington and met Deputy Secretary
of State Wendy Sherman -- but did not represent Myanmar in the talks.

The United States was "practicing double standards" by meeting with the NUG
-- which is working to overturn the coup and has been declared a "terrorist"
organisation by the junta, military spokesman Zaw Min Tun told AFP.

"In the Asia-Pacific region, China is a powerful country. Our country is
dealing with and having relations with powerful China and India," he said.
China is a major ally of the junta and has refused to label the military's
power grab a coup.

Last month, Beijing said it would help safeguard Myanmar's sovereignty,
independence and territorial integrity "no matter how the situation changes."

The junta is otherwise increasingly isolated on the international stage,
with Cambodian leader Hun Sen the only foreign leader to visit since the putsch.
In February, its foreign minister was barred from attending an ASEAN
foreign ministers' retreat over a lack of progress in defusing post-coup
violence.

That same month, a UN expert on Myanmar said China -- along with Russia,
another major ally -- was continuing to supply the military with weapons,
including fighter jets and armoured vehicles.

More than 1,800 people have been killed in a military crackdown on dissent
since the coup, according to a local monitoring group.