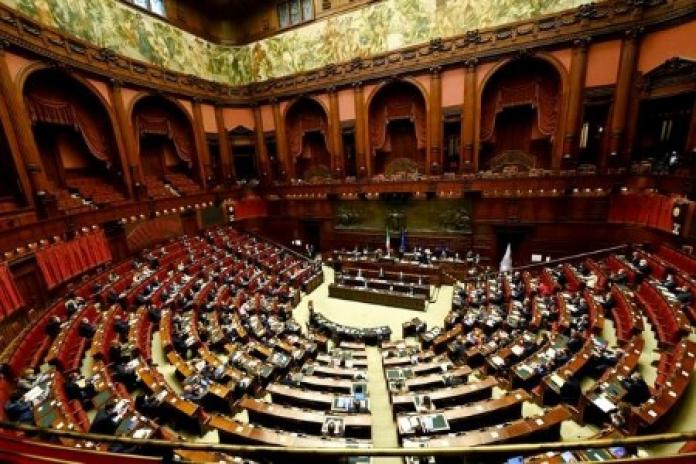 speed up voting for the post of president after days of deadlock that has
paralysed Prime Minister Mario Draghi's government.

Four rounds of voting in parliament since Monday have failed to produce
anything close to a winner, with most lawmakers casting blank ballots or
abstaining due to a lack of agreement between the parties.

The fifth round will go ahead as planned from 11:00am (1000 GMT), with
another added at 5:00pm, according to Italian news agencies.

It followed calls to step up the pace from Enrico Letta of the centre-left
Democratic Party and Matteo Salvini of the populist, anti-immigration League
party.

Due to coronavirus restrictions, parliament had scheduled only one round
of voting per day until now.

But they do not have a majority in parliament and many on the left are
strongly opposed to Casellati, a loyal follower of former premier Silvio
Berlusconi, who is known for her opposition to abortion and same-sex unions.

Draghi, a former European Central Bank chief brought in to lead a national
unity government almost a year ago, remains in the running to be elected new
head of state.

But there is widespread concern his departure as prime minister could
destabilise the government at a critical time and even spark snap elections -
- which few parties want.

Debt-laden Italy, the eurozone's third largest economy, has recovered
strongly from a 2020 pandemic-induced recession but is banking on almost 200
billion euros in EU funds to cement the trend.

This money is in turn dependent on a tight timetable of reforms -- notably
to the tax and justice systems, and public administration -- that many fear
will be derailed without Draghi's hand on the tiller.

The president is a ceremonial figure but wields great power during
political crises -- frequent events in Italy, which has had dozens of
different governments since World War II.

The vote for the presidency is carried out in parliament among more than
1,000 MPs, senators and regional representatives.