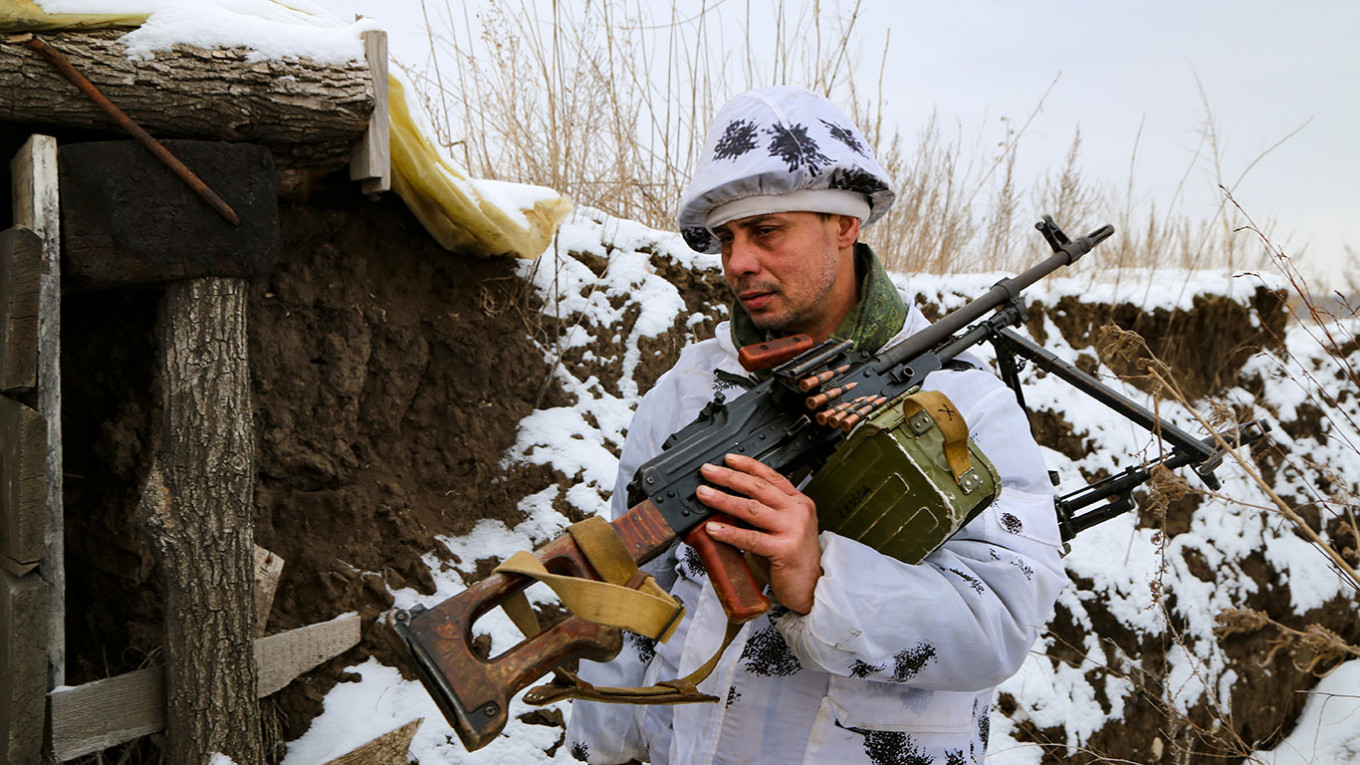 "We are appealing to the leadership of our country to provide assistance to the Lugansk and Donetsk republics in the form of supplies of military products necessary to deter aggression."

He added: "We held consultations on this issue and came to the understanding that we cannot leave people to the mercy of the Kyiv regime."

The United States and its EU allies accuse Russia of seeking to upend European stability by threatening an invasion of Ukraine, a former Soviet republic striving to join NATO and other Western institutions.

Moscow denies plans to invade the country, where in addition to annexing Crimea, it has been backing separatist forces in the east since 2014. The conflict has already claimed more than 13,000 lives.

The West and Kyiv accuse Moscow of fuelling an insurgency by sending weapons and troops across the border.

Russia has always denied such claims, but Wednesday's statement could mark a change in Moscow's official stance.

There was no immediate official reaction from the Kremlin.

"Russia must provide the Lugansk and Donetsk People's Republics with necessary assistance by sending them certain types of weapons to ramp up their defence capability and deter a military aggression clearly being prepared by Kyiv," he said in a statement on state television.

Turchak, who is also secretary of the general council of the ruling United Russia party, did not specify what types of weapons should be sent to Ukrainian separatists.

The ruling party is concerned by the escalation of tension and supply of Western arms to Kyiv, he said.

"Western patrons are pushing the Ukrainian junta towards a direct invasion of the Donbass," he said, referring to the name for the two breakaway regions.

"The Kyiv regime must be stopped."