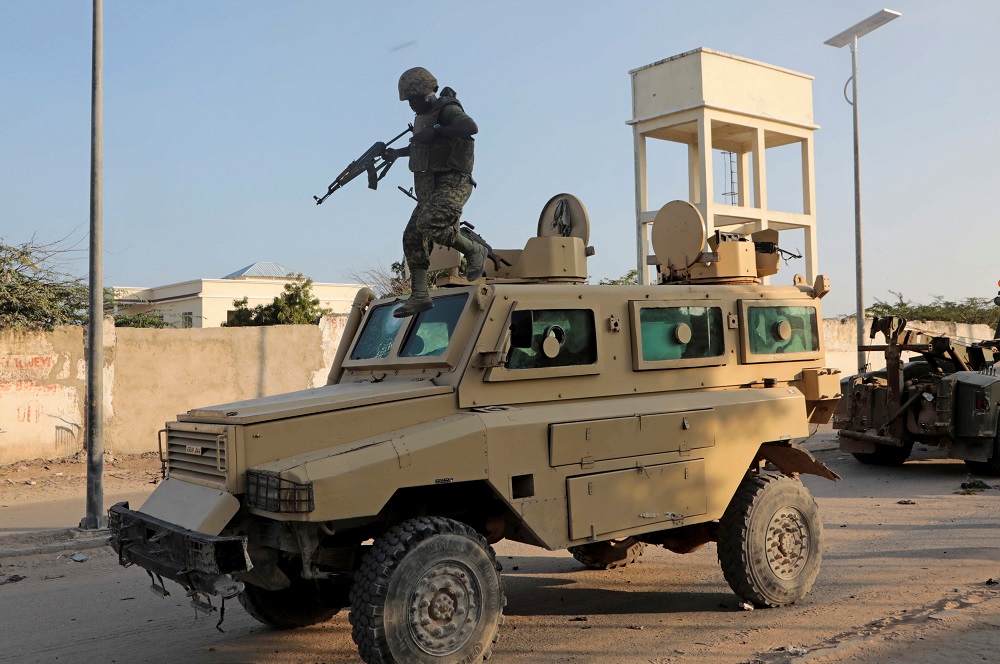 MOGADISHU, Nov 25, 2021 (BSS/AFP) - Five people were killed and over a
dozen injured in a car bombing near a school in Somalia's capital Mogadishu
on Thursday, a security official said, in the latest attack to hit the
troubled country.

"There was a car bomb blast... the death of five people was confirmed and
15 others were wounded", security official Mohamed Abdillahi told AFP, adding
that 11 students were among the injured victims.

"We don't know the target of the attack... (but) there was a private
security escort vehicle passing by the area," he added.

The director of Mogadishu's Aamin ambulance service, Abdikadir Abdirahman,
shared photos of the rubble-strewn scene on Twitter, calling the bombing "a
tragedy".

There were no immediate claims of responsibility for the blast, but the
jihadist Al-Shabaab group has claimed other bombings in Mogadishu, including
a deadly attack on Saturday that killed a prominent Somali journalist.

Abdiaziz Mohamud Guled, the director of government-owned Radio Mogadishu,
was a fierce critic of the Al-Qaeda linked militants.

Al-Shabaab, which has been waging a violent insurgency against the
country's fragile government since 2007, claimed responsibility for the
suicide bombing in a statement, saying its fighters had long pursued the
journalist.

Al-Shabaab controlled the capital until 2011 when it was pushed out by
African Union troops, but it still holds territory in the countryside and
launches frequent attacks against government and civilian targets in
Mogadishu and elsewhere.