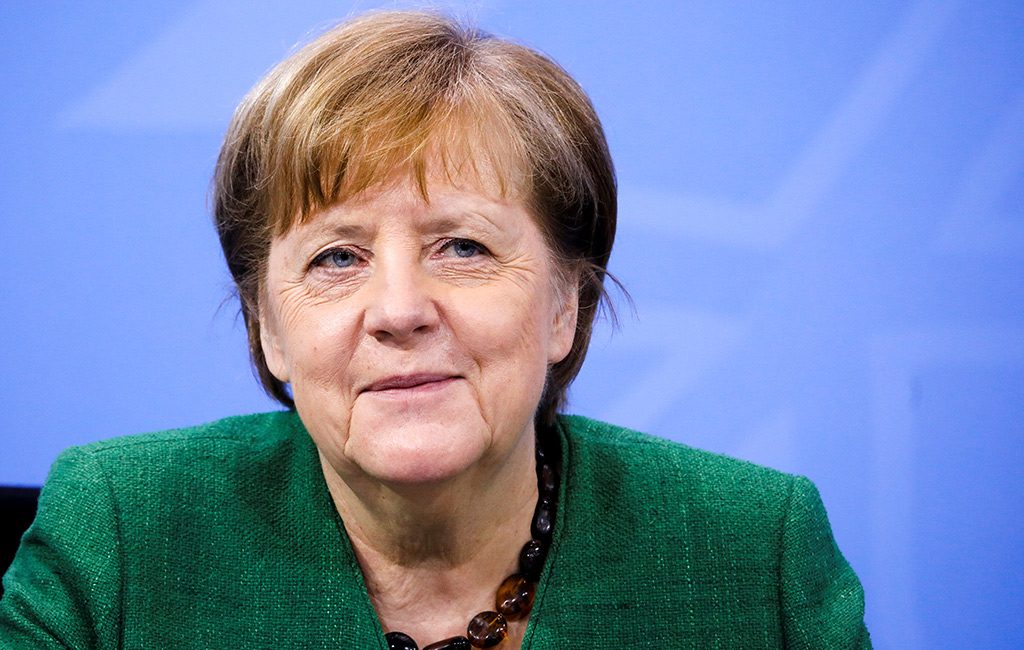 BERLIN, Sept 26, 2021 (BSS/AFP) - German Chancellor Angela Merkel may be lauded abroad for her cool crisis management -- at home, her legacy risks being tarnished by a botched succession with her party projected to return its worst post-war score in Sunday's election.

As Germans head to the polls, surveys show Merkel's conservative CDU-CSU alliance led by Armin Laschet just a touch behind challenger Olaf Scholz's Social Democratic Party and facing the threat of crashing out of government altogether after 16 years in power.

"Everyone knows: if Laschet loses, then Merkel's legacy too is lost," said the conservative Welt daily.

"Only if (he) wins.. will it be possible for the CDU to reconcile itself with 16 years of government under Merkel."

The veteran chancellor who grew up in communist East Germany stands out in a party dominated by Roman Catholic patriarchs from the west, who over the years have grudgingly accepted her shifting the CDU to the centre as she turned in consecutive electoral successes.

But her fateful decision to keep Germany's borders open to migrants in 2015 sparked a huge blowback from her party and even other EU countries, leading to a string of regional election defeats. The setbacks ultimately prompted her in 2018 to announce she was retiring from politics.

Her hand-picked successor, Annegret Kramp-Karrenbauer, was forced to step down in early 2020 over a regional political scandal in which her party voted alongside the far-right AfD -- a pariah for mainstream politicians.

But Laschet only earned the spot after bruising battles first for the leadership of the CDU, and later for the nomination as chancellor candidate for the conservative alliance against the more popular Markus Soeder of Bavarian sister party CSU.

With discontent lingering in the losers' camps from the prior leadership fights, a defeat for the conservatives would likely topple Laschet and set the stage for a new vicious power struggle.

"There would be an earthquake, a brutal scrum for the chairman role of the parliamentary group," predicted newspaper group RND, adding that the CSU would heap blame on the larger CDU party.

Going into the summer, the conservatives were enjoying a comfortable lead against the SPD.

But Laschet was seen chuckling behind President Frank-Walter Steinmeier as he paid tribute to victims of deadly floods in July, an image that would drastically turn the mood against him and his party.

With climate now the most important issue for Germans, a youth-led call for great environmental protection made the traditionally automobile-industry friendly CDU look out of step with the times.

And damaging corruption scandals over mask procurement deals during the pandemic have also added to the bad press plaguing the party.

Merkel, who had planned to largely stay away from election campaigning found herself obliged to step in to prop up Laschet, piling on joint appearances in the hope some of the shine from the still immensely popular chancellor would rub off on him.

"What is clear in the last years is that everyone who stood closest behind Merkel has been able to benefit from it. It's not the distance to her that helps in the surveys, but the impression of being almost identical to her," said Karl-Rudolf Korte of Duisburg University.

After a major rally on Friday in Munich, Merkel appealed to the sensibilities of the country's predominantly older electorate, urging them to keep the conservatives in power "to keep Germany stable".

Just 24 hours before the vote, she also raced to Aachen, Laschet's stomping ground, to give a last push for him.

Laschet is a "bridge-builder who will get people on board" in shaping Germany to meet its future challenges, she told the rally.

Thorsten Faas of Berlin's Free University noted that the hole left behind by Merkel was also an indication of her strength.

"People now notice that the ability of the Union to integrate, to hold together all directions, stem from her as a person and the bonus of her office. She left a vacuum, first at the head of the party, now also in the chancellery."