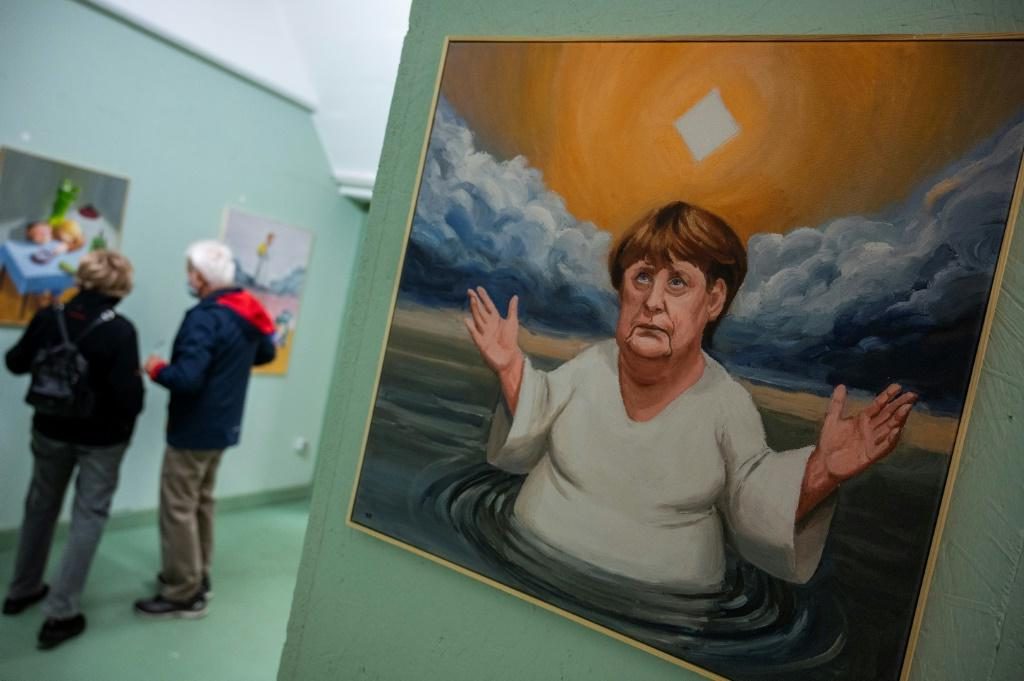 BERLIN, Sept 23, 2021 (BSS/AFP) - For millions of young Germans,
Chancellor Angela Merkel is the only leader they have known, a beacon of
stability in a world plagued by uncertainties.

But as her 16-year tenure comes to end, some say her slowly-slowly approach
stymied progress on burning issues such as climate protection and the digital
race.

Voters under the age of 30 make up 14 percent of the electorate in Germany,
which goes to the polls on Sunday. Eager to see change on climate issues,
many are shunning her Christian Democrats (CDU) party in favour of the
Greens.

Some accuse the old-guard parties -- like the CDU or the centre-left Social
Democrats -- of failing to bring about meaningful change.

"She has completely failed on digitalisation, the climate crisis has
worsened, the gap between rich and poor has widened and she has done nothing
about inequality of opportunity in schools," said Christophe Dierckx, a 27-
year-old entrepreneur from Frankfurt.

He added that Merkel has largely ignored his generation and their future,
practising conservative politics "at its worst".

He's not the only young person to feel sidelined.

A youth-led movement has in recent years made a vocal push for Merkel's
government to step up climate protection, protesting on Fridays in school
strikes inspired by Swedish activist Greta Thunberg.

Young activists have also taken the government to court to force it to
improve environmental targets.

After a TV debate between the three main candidates to replace Merkel last
weekend, just 11 percent of voters aged 18 to 34 picked the CDU's Armin
Laschet as the winner, with 52 percent opting for the Greens' Annalena
Baerbock.

Besides anger over the climate, many young people have felt let down by the
German government during the pandemic, with a lack of equipment hampering
remote learning and promised ventilation systems for classrooms largely
failing to materialise.

But for others, Merkel was a much-appreciated steady hand amid a cascade of
crises.

She offered stability in the face of financial turmoil in 2008 and the
refugee influx of 2015, when Germany left its doors open to hundreds of
thousands of Afghans and Syrians fleeing war and conflict.

For young people, especially those in their 20s, the chancellor "with her
reassuring, calm way of governing has been very valuable", sociologist Klaus
Hurrelmann of Berlin's Hertie School, told AFP.

She has an air of "I am your mother, I'll take care of you", according to
the expert -- a demeanour that earned the veteran politician the popular
nickname "Mutti", or mummy.

Her exit will be a major change for many young people.

"Merkel has always been there. I just took it for granted that she would
take care of everything," said Robert Mally, a 28-year-old technician from
Cologne.

For Maria Elliott, a 26-year-old biology student from Berlin, Merkel "was
good in a crisis".

"She had presence and an aura of security," she said.

Yet many among the younger population say it's time for a new government
without the CDU.

"A new party at last, or rather a new coalition, would be great," said
Mally, calling for increased focus on the climate crisis and inequality.

Their votes could have a real impact on the elections, which are still wide
open with the CDU polling just a touch behind the Social Democrats (SPD), and
the Greens in third place.

Although youngsters will not be sorry to see Merkel go, Elliot has one
thing to thank her for.

"After 2015, my mother and stepfather adopted a young Afghan refugee," she
said. In this respect, the chancellor had "a direct influence on my life, and
a very positive one", she added.