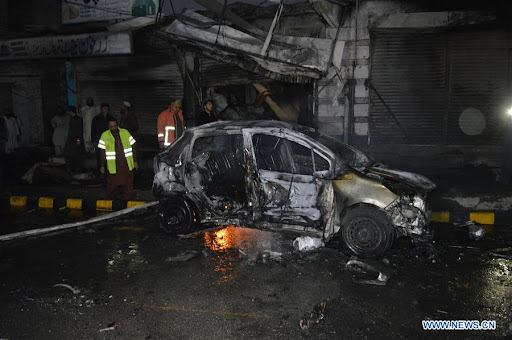 ISLAMABAD, Sept 5, 2021 (BSS/XINHUA) - Three people were killed and 10 others injured when a bomb went off on the outskirts of capital city Quetta of Pakistan's southwest Balochistan province on Sunday morning, local reports said.

The incident happened on the outskirts of the city and its nature and target are being checked, the reports quoted police as saying.

The injured people were shifted to a nearby hospital where several of them are said to be in critical condition.

Police and paramilitary troops rushed to the area and cordoned it off for investigations.