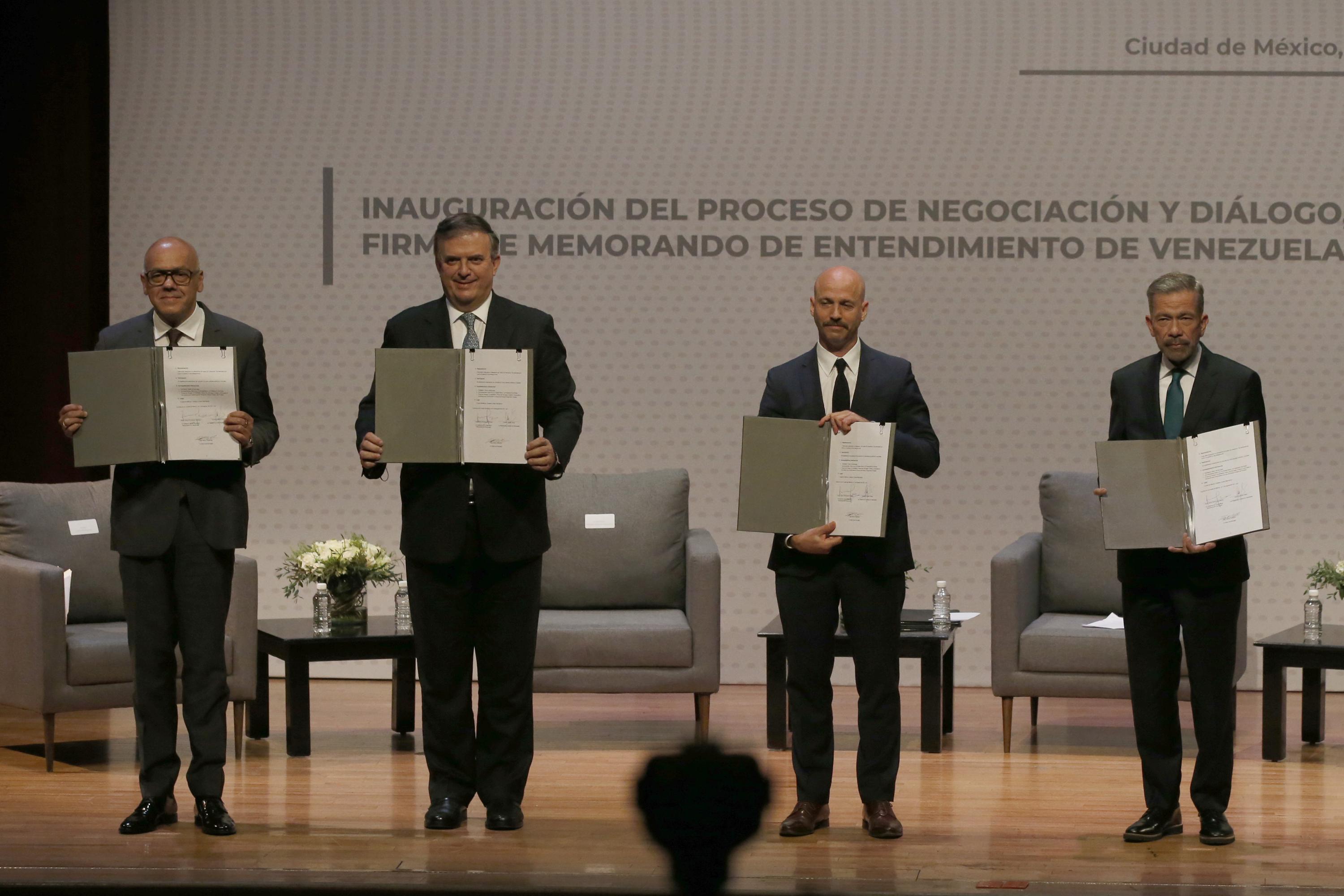 Saturday that talks between the government and the opposition aimed at
resolving the country's long-standing political crisis have yielded "partial
agreements".

The opposition is hoping to use the talks being held in Mexico City to
secure guarantees of free and fair regional elections to be held in the fall,
while the government of Nicholas Maduro wants to ease international sanctions
on his economically crippled nation.

"We have been working mainly on partial agreements, especially those
related to serving the people of Venezuela," parliament speaker Jorge
Rodriguez, who was leading the government delegation, told reporters.

But officials provided no information on the nature of the agreements and
a source in the opposition delegation told AFP that "so far nothing has been
agreed."

The talks, mediated by Norway and hosted by Mexico, aim to resolve the
crisis that has marked Maduro's eight-year rule.

The negotiations have a seven-point agenda including easing sanctions,
political rights and electoral guarantees -- but not the departure of Maduro,
accused by the opposition of fraudulent reelection in 2018.

The government is "very attentive" to all the economic guarantees that
have been "wrested, blocked, stolen, withdrawn from the people of Venezuela",
said Rodriguez, adding that Maduro seeks a partial if not total lifting of
sanctions in exchange for concessions to the opposition.

The main opposition alliance headed by Juan Guaido reversed course this
week when it announced that it would end a three-year election boycott and
take part in mayoral and gubernatorial polls in November.

Speaking before the start of the negotiations, the head of the opposition
delegation Gerardo Blyde expressed hope that the talks "will seek to
alleviate the crisis, but the crisis comes from very serious basic problems,
from a model which failed in Venezuela and which does not recognize the
democratic order and the constitutional order."

He added that it's "a process which is beginning, which is hard, complex."

Neither Maduro nor Guaido, who is considered president by about 60
countries, was due to personally attend the closed-door talks, which were
scheduled to run until Monday.

"We are in Mexico looking for a national salvation agreement to respond to
the emergency, obtain the conditions for free and fair elections and the
rescue of our democracy," Guaido tweeted.

Previous rounds of similar negotiations held in recent years have failed
to resolve the crisis.