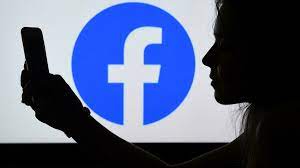 It's part of the "Facebook Journalism Project" that involves collaboration with media all over the world.

The three-year Argentine investment aims "to support almost 150 media of every size and region in the country," Julieta Shamma, Facebook's head of strategic media partnerships in Latin America, told AFP.

The agreement involves commercial commitments with around 30 Argentine outlets including Clarin, La Nacion, Pagina12 and Infobae to attract more links to the Facebook platform.

"We're collaborating with media to try different forms of helping people find news on Facebook and connect with them," said Shamma.

Facebook will offer training in themes such as product development, format experimentation and using statistics, amongst others.

"We believe the digital transformation will create new opportunities for the news ecosystem, offering different possibilities to expand the audience through social and interactive formats, and to monetize content," said Shamma.

Facebook has already invested $600 million worldwide since 2018 to support digital development in the news industry. The Silicon Valley-based company plans to invest another $1 billion in the next three years.