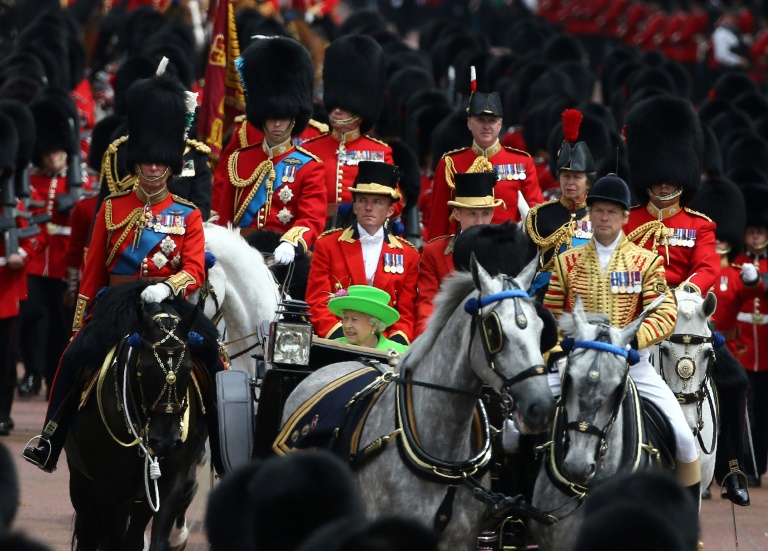 LONDON, June 24, 2021 (AFP) - Britain's royal family for the first time revealed how many ethnic minority staff it employs on Thursday, and admitted it has not made sufficient progress on diversity.

The revelation comes three months after explosive claims of racism against the monarchy from Queen Elizabeth II's grandson Prince Harry and his mixed-race wife Meghan.

The couple, who stepped down from frontline royal duties in March last year, claimed an unnamed senior royal asked what colour skin their son, Archie, would have.

The palace disputed the claim, saying "recollections may vary", while Harry's elder brother, Prince William, insisted: "We are very much not a racist family."

Just 8.5 percent of royal employees are from ethnic minorities compared with about 13 percent of the overall UK population, according to the last published census in 2011.

The royal statistic -- the source of much speculation -- had previously only been kept internally.

A Buckingham Palace source told Britain's domestic Press Association news agency that publishing the figures left the monarchy with "no place to hide" and would improve accountability.

"We recognise we must do more. One of the key points about publishing statistics is that there's no place to hide."

The royal household reformed its diversity strategy in early 2020 to promote the importance of inclusion.

The Guardian newspaper earlier this month reported that the royal household negotiated exemptions from 1970s-era laws against racial and gender discrimination to bar "coloured immigrants or foreigners" and only consider them for subaltern roles.

Buckingham Palace has denied the claims and says it complies with modern equality legislation.

Queen Elizabeth II heads the multi-racial Commonwealth, an association of 54 countries with historical ties to Britain predominantly forged through imperialism.

Meghan, a US former television actress who is also known as the Duchess of Sussex, was hailed as a breath of fresh air to stuffy tradition when she married Harry in 2018.

Their wedding, at the historic St George's Chapel in Windsor Castle, featured a black evangelical preacher and a gospel choir, raising hopes of a more modern institution.

But the couple in early 2020 announced plans to move to north America, going on to make claims of racism in a high-profile television interview with Oprah Winfrey.

They also said they felt "trapped" in an inflexible institution and claimed the royal family offered no assistance with mental health challenges that drove Markle to the verge of suicide.

Harry complained in the interview that his father, heir-to-the-throne Prince Charles, cut him off financially after his move to California in March last year.

A senior spokesperson at Charles' Clarence House said the prince "allocated a substantial sum to the Duke and Duchess of Sussex" to help them with their move to north America.

Funding continued for several months after "Megxit" in March 2020 into the summer months.

The bill then dropped by around £1.2 million.

Harry and Meghan have since signed lucrative deals with streaming giants Netflix and Spotify, among other tie-ups with publishers and motivational speaking.

"I betray no confidence when I say they've been very successful in becoming financially independent," the spokesperson said.