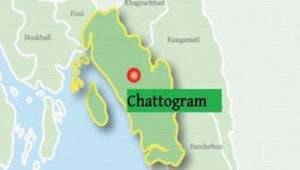 The security measures, aimed at celebrating the festival without fear and traditional enthusiasm, will start from Saturday and will remain in force until immersion of the idols.

A total of 266 Puja Mondops have already been set up in  Chattogram city by the Hindu Community  this year, Lion Ashis Bhatacharzee, President of Chattogram City Puja Udjapon Parisad said.

The CMP authority will deploy 12 members of law enforcement agency  in and around every  Puja Mondop, CMP commissioner said .

The CMP authority will also set up a control room to smoothly handle the situation of Durgapuja, he added.

Besides, the intelligence agencies were directed to intensify their round the clock vigilance in and around the city, he added.

“ We will also monitor buses, launches, trains, auto-rickshaws, cars, microbuses and other vehicles at all the strategic intersections in the  city and its adjoining districts to prevent crimes,” Krisna Pada added.

Besides,  CMP has already set up nearly 120 Closed Circuit Television (CCTV) cameras at different strategic points to monitor the security measures arranged for the city dwellers.

He said, they will engage 2500 police personnel at 121 points   and would set up 32 check posts in different strategic places in the metropolis for the purpose.

Besides, deployment of additional three thousand forces in addition to  detective vigilance has been intensified in all   Key Point Installations (KPI), he said.

All the entry points of the city like Shah Amanat Bridge, City Gate and Oxygen area have been brought under tight security measures with CCTV monitoring. Necessary instruction has also been given to search the suspicious persons at any points during the festival, CMP sources said .

The five-day long Sharadiya Durga Puga, the biggest religious festival of the Bangali Hindus, formally will begin  from Oct 1 in the city and elsewhere in the district with the   Bodhan ( the process of infusing life into idol ) amidst  traditional enthusiasm and due solemnity.

RAB will also deploy over 250 personnel in port city and different upazilas of the district   to maintain law and order, RAB sources said.

Apart from the security system, he also stressed the importance of maintaining the overall order situation of the mandaps.