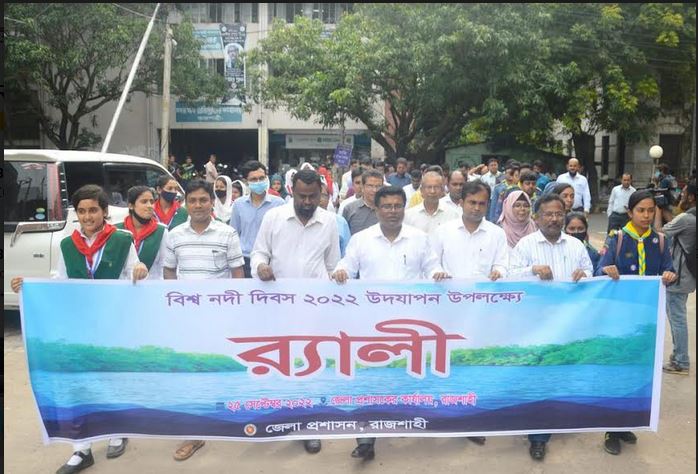 RAJSHAHI, Sept 26, 2022 (BSS)- World River Day-2022 was observed here yesterday with the call for protecting ecological balance and biodiversity from further degradation   through conserving the rivers.

In observance of the day, the district administration organized a rally at its premises followed by a discussion meeting at its conference hall highlighting the significance of conserving rivers.

DC Abdul Jalil said the rivers are losing their previous shape gradually due to various reasons, including illegal embouchement and occupation.

To mitigate the problem, there is a need of creating awareness among the public in general side by side with administrative measures, he added.

On behalf of the district administration, various time-fitting steps, including recovering rivers from illegal occupation, eviction of unauthorized infrastructures on rivers, removing wastes and undertaking projects to restoration of dried rivers were adopted, he added.